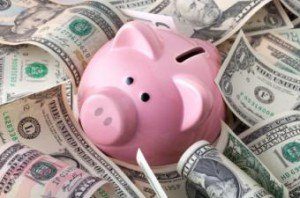 Many homeowners are still feeling some concern about their ability to pay their mortgage, according to a survey by Clever. According to the survey, 2020 home buyers are more than twice as likely to report feelings of anxiety and stress than home buyers who bought in the last five years, and they're less likely to report feelings of comfort, security, happiness, and pride.

Roughly 75% of 2020 home buyers reported feeling concerned about paying their mortgage due to COVID-19-related financial hardships. These recent home buyers have had very different experiences than those who purchased their homes before the pandemic. Most notably, they experienced more negative affect related to homeownership, higher levels of buyer's remorse, and more concerns about finances than those who bought between 2015 and 2019.

Over half of the homeowners surveyed said that at least one person who typically contributes to housing costs had lost their job since purchasing their home, leaving many with a new mortgage and far less money coming in. Pre-pandemic buyers who purchased before the WHO declared COVID-19 a pandemic were slightly more likely to be affected by those widespread job losses with nearly 60% of homeowners losing one income compared to 50% of those who purchased since March

Additionally, 63% of home buyers who bought in the beginning of 2020 reported being concerned about their home going underwater compared to 53% of people who bought during the pandemic. Homeowners overall are feeling more anxious about homeownership than before. More specifically, 2020 home buyers are more than 2x as likely to report feelings of anxiety, 1.6x as likely to report stress, and nearly half as likely to say homeownership makes them feel comfortable and secure than those who bought in the last 5 years.

However, in spite of COVID-19 fears, it's still a seller's market. 42% of homeowners who bought during the pandemic reported entering a bidding war.

Previous: The Week Ahead: Can Housing Starts Rebound?
Next: COVID-19 Causing Changes to Financial Requirements For GSEs