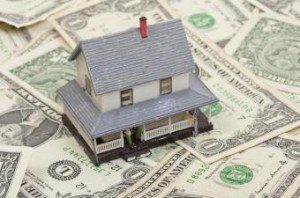 Quicken Loans released its May National Home Price Perception Index (HPPI) on Tuesday, which showed that, on a national average, homeowners estimated their house’s worth at a higher value than it was appraised. May marks the sixth consecutive month that the gap between estimation and appraisal has widened.

The HPPI represents the difference between appraisers' and homeowners' opinions of home values, and compares the estimate that the homeowner supplies on a refinance mortgage application to the appraisal that is performed later in the mortgage process.

There were cities, however, where houses were appraised higher than what homeowners expected. Denver, Colorado had a difference of 2.58 percent, the highest in the country. Dallas, Texas came in at a close second, at 2.48 percent; and Seattle, Washington was number three at 1.38 percent.

The gap was smallest in the cities of Kansas City, Missouri and Phoenix, Arizona, which were appraised 0.12 percent and 0.13 percent lower than homeowners’ expectations.

The Quicken Loans HPPI and HVI are released on the second Tuesday of every month.

Previous: Early-Stage Mortgage Delinquency Falls to Lowest Since 2000
Next: Industry Reacts: Deregulation of Financial System on the Horizon