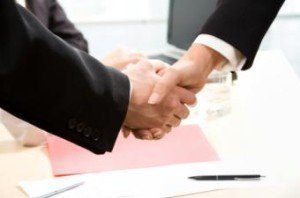 The U.S. Treasury Department could finally be getting a new Deputy Secretary in the near future according to three sources inside the department, Axios, a media company focusing on tech, politics, and business recently reported [1]. The seat has been vacant since President Trump was inaugurated at the end of January.

Brian Brooks, General Counsel, EVP, and Corporate Secretary for Fannie Mae, is said to be filling the position. Goldman Sachs Executive Jim Donovan was initially in line for the vacancy, but recently withdrew. It is also being reported that Rep. Pat Tiberi (R-OH), a member of the Ways and Means Committee, was being considered for the position before Brooks.

As Deputy Secretary, Brooks will be expected to play a large role in drafting and executing tax reform, and other Wall Street regulations, as well as work closely with the Secretary. He and Treasury Secretary Steve Mnuchin have history dating back to 2011, where they worked together at OneWest, the largest bank in Southern California at the time. In 2014, Brooks left to join Fannie Mae and oversee fair lending, marketing, and communications. Brooks is still widely regarded to be a Mnuchin loyalist.

At Mnuchin’s confirmation hearing, Mnuchin was asked about leaked documents from the California Attorney General’s office that accused OneWest of using illegal methods to foreclose on nearly 80,000 homes after the housing crisis. It is expected that Brooks will be asked to comment on that controversy as well in his own confirmation hearing.

Prior to working with Mnuchin at OneWest, Brooks was a managing partner at O’Melveny and Myers Law Firm from 1994 to 2011, and obtained his Juris Doctor from University of Chicago in 1994. He was also previously under consideration [2] to replace Richard Cordray at the Consumer Finance Protection Bureau.

Brooks’ appointment requires U.S. Senate confirmation. No date has been set for his hearing.