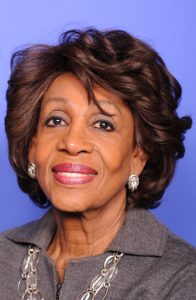 H.R. 3111 would bring improvements to the NFIP appeals process, accountability, and transparency of claims process in the aftermath of Hurricane Sand, and H.R. 3167 would reauthorize the NFIP for five years and includes numerous reforms to increase affordability, mapping and modernization.

The bill to reauthorize the NFIP was introduced by Rep. Maxine Water, Chairwoman of the House Financial Services Committee, and passed by a bipartisan vote of 59-0.

“The National Association of Mortgage Brokers and its thousands of members are very proud this morning of Chairwoman Waters and Ranking Member McHenry for their tireless work spearheading a long-term solution that protects millions of Americans,” said Rick Bettencourt, NAMB Board President.” “This extension of the NFIP positively impacts many critical levels of the mortgage industry and our entire body stands by this bipartisan legislation that will improve how our industry can and will do business.”

At a recent National Flood Conference, Waters discussed the benefits of the NFIP, stating the the program was “at risk.”

"The NFIP makes flood insurance available to millions of homeowners, renters, and business owners and also helps those policyholders to reduce their risk by providing flood mapping, floodplain management, and mitigation services," she said. "These activities help local communities and individuals prepare for the financial impact of flooding, whether it is caused by heavy rainfall that affects families living in the Midwest or life-threatening storms that pummel the millions of homes and businesses along the coasts."

The NFIP received a last-minute extension on May 31, just hours before it was set to expire. Two prior attempts to extend the program failed, the Senate had approved two bills to extend the program: the first is part of the disaster relief legislative package that would extend the NFIP through Sept. 30, and the second would provide a two-week extension.

Previous: Fannie Mae Puts Reperforming Loans on the Block
Next: The Slow Growth of Mortgage Payments