Black Knight Inc., has released the latest iteration of its Originations Monitor Report for May 2022 which looks at declining mortgage production and rate locks despite a plateau in interest rates.

Leveraging data from Black Knight’s Optimal Blue PPE platform, data found that interest rates peaked in May at 5.5% before “leveling off” to 5.34% by the end of the month. This number is now down 7 basis points from April.

"At the start of May, it seemed mortgage interest rates would continue their upward climb and, indeed, rates did rise above 5.5% before pulling back some 20 basis points," said Scott Happ, President of Optimal Blue, a subsidiary of Black Knight. "Ultimately, our OBMMI daily interest rate tracker showed 30-year conforming offerings finishing the month at 5.34%, down 7 basis points from last month. Still, despite this plateau in rates, rate lock volume continued to slide in May, with declines seen across all loan purposes." 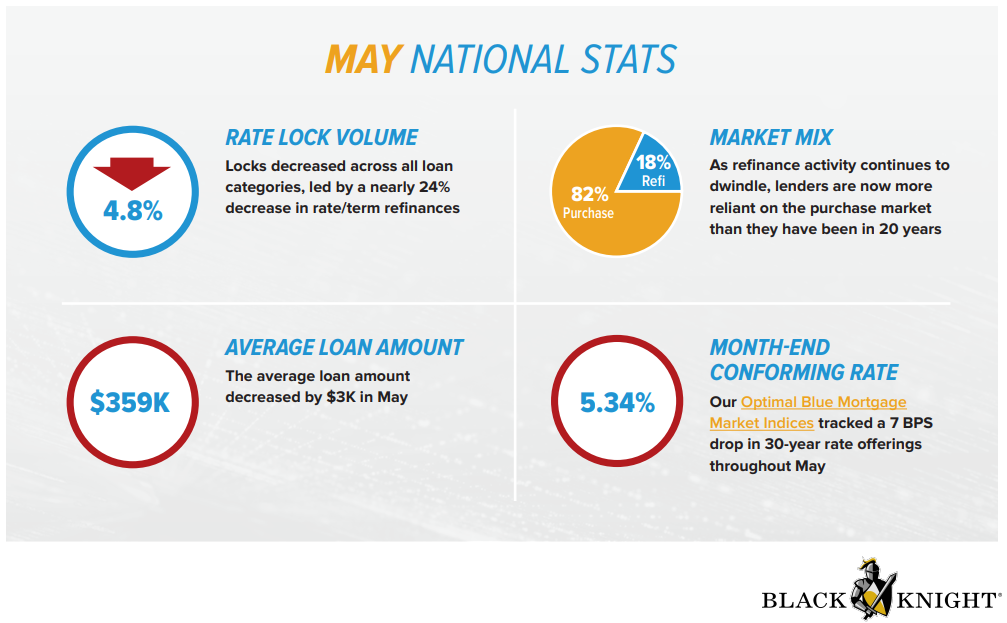 For the month of May, pipeline data showed that rate locks were down 4.8% from April 2022, with rate/term refinance lending activity down another 23.6% from April resulting in a 89.9% decline over April 2021.

Cash out refinance locks also fell 11.9% month-over-month or 42.2% year-over-year. The decline in both types of refinances helped the market share fall to 18%, the lowest level since 2018.

Purchase lock volumes were down 2.3% from April and were flat on an annual basis. Average loan amounts dropped from $362,000 to $359,000 as did the average credit score of borrowers which fell to 700, down 20 points over the last three months and 33 points year-over-year.

"The month's data shows a market struggling under the weight of significantly higher rates than Americans have enjoyed for the better part of the last three years," Happ continued. "We've seen rate/term refinance activity essentially evaporate and cash-out activity is now suffering as well. While there is volume pressure across the board due to rising rates, purchase volumes are holding up the best and are now driving 82% of all origination activity. Lenders are now more reliant on the purchase market for origination volumes than they have been in 20 years. Meanwhile, the trifecta of low inventory, high prices and climbing rates that has created the least affordable housing market in 16 years continues to create headwinds for precisely that segment." 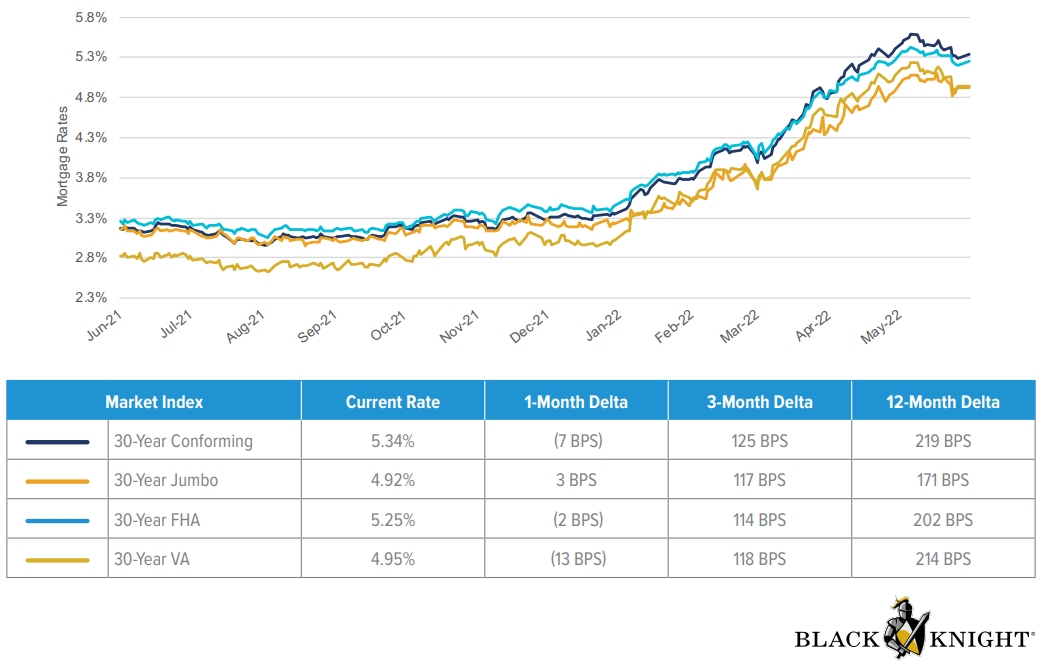 To view the report in its entirety, including breakdowns of data for the top 20 metropolitan areas, click here.