The Decline of Single-Family Permits 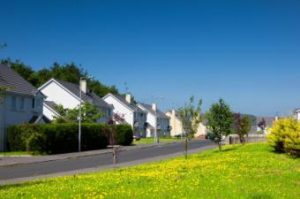 The total number of single-family housing permits issued through April 2019 reached 261,119 nationwide, which is a 6.5% year-over-year decline, according to the National Association of Home Builders (NAHB).

The biggest drop was the 12% decline in permits in the western region, which also had the only reported decrease in the nation for multi-family permits.

Between April 2018 and April 2019, the District of Columbia saw the highest growth in single-family permits at 111.1%, and just 10 states recorded increases. Connecticut posted a 39.1% increase in single-family housing permits.

According to the NAHB, small metropolitan areas, or cities with less than one million in population, reported weak growth in single-family construction.

Large metro areas, with populations of more than one million, on the other hand, are posting greater rates of expansion at the start of 2019. According to the NAHB, exurbs—outlying counties of large metro areas with at least 1 million residents—were the only region that registered single-family permit growth on a year-over-year basis in Q1 2019.

While containing just 9% of single-family construction nationally, exurbs were the only region to show permit growth when comparing Q1 2019 data to Q1 2018 data, with a 1.6% increase.