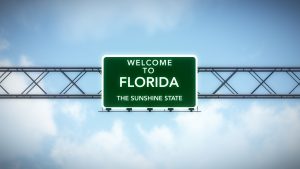 Homebuyer migration remained at an all-time high in April and May, with 32.3% of Redfin.com users nationwide looking to move to a different metro area, according to a new report from Redfin. While that’s unchanged from the record set in the first quarter, it’s up from about 26% before the pandemic began.

Even as the housing market cools down from the pandemic-driven frenzy, many homebuyers are keen on moving from one part of the country to another. That’s largely because homebuyers are chasing affordability, moving to places like the Southwest and parts of Florida where homes are more affordable than pricey coastal metros.

Housing costs have skyrocketed and mortgage rates have shot up, making buying a home in expensive places like the Bay Area and New York even less attainable for the typical American. And because many buyers now work from home permanently, it’s more feasible to relocate to relatively affordable places like parts of the Sun Belt.

Florida is the most popular location for relocating homebuyers
Two Florida metros topped the list of most popular destinations for homebuyers moving from one metro to another in April and May: Miami and Tampa. That’s measured by net inflow, or how many more Redfin.com users looked to move into an area than leave.

Tampa is becoming more popular with relocating homebuyers largely because it’s relatively affordable, with the typical home selling for $370,000 in April. Although Tampa prices were up nearly 28% year over year, they were still well below the national median of $424,000. It’s the only metro on the top-five list where that’s the case. The typical home sells for $475,000 in Miami, $480,000 in Phoenix, $605,000 in Sacramento and $445,000 in Las Vegas.

Migration into Tampa has steadily ticked up since the pandemic began. Tampa had a net inflow of more than 11,000 homebuyers in the first quarter, up from roughly 7,600 a year earlier and about 4,000 two years earlier.

It’s worth noting that fewer homebuyers are leaving New York than a year ago. New York had a net outflow of about 30,000 in April and May, down from more than 45,000 a year earlier. Migration out of New York is slowing as some workers return to the offices, cultural events ramp back up and housing prices soar in the suburbs.

Expensive coastal job centers perennially top the list of metros homebuyers are leaving. As discussed above, that trend has picked up during the pandemic as remote work has become more popular and people are able to move to more affordable parts of the country.