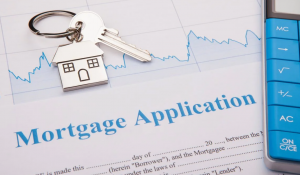 "Mortgage applications bounced back after three weeks of declines, increasing over 4% last week. Both purchase and refinance applications were up, including a 5.5% gain in refinances. The jump in refinances was the result of the 30-year fixed rate falling for the third straight week to 3.11 percent—the lowest since early May. U.S. Treasury yields have slid because of the uncertainty in the financial markets regarding inflation and how the Federal Reserve may act over the next few months," said Joel Kan, MBA's Associate VP of Economic and Industry Forecasting. "Purchase activity also rebounded, even as supply constraints continue to slow the housing market. An almost 5% increase in government purchase applications drove most of last week's gain, while also tempering the recent growth in loan sizes. Purchase applications were still down 17% from a year ago, which was when the mortgage market started seeing large post-shutdown increases in activity."

Low rates and lack of inventory has house hunters still engaging in fierce bidding wars, as Redfin has reported that in the month of May, 70.4% of home offers written by Redfin agents faced competition, up significantly from 52.7% as reported by Redfin in May of 2020, a period impacted by pandemic stay-at-home orders.

The lack of supply continues to linger, as a recent National Association of Realtors (NAR) report authored by the Rosen Consulting Group, “Housing is Critical Infrastructure: Social and Economic Benefits of Building More Housing,” found that while the supply lack has been a problem in the making for decades—due to underinvestment and underbuilding—it is worse than the experts had predicted, requiring a nationwide commitment to combat.

With that short supply comes some hefty price points, as Redfin recently examined 400+ U.S. metro areas for the four-week period ending June 6, and found the median home-sale price having increased 24% year-over-year to $358,749, a record high for this metric. Asking prices of newly-listed homes also hit a new all-time high of $364,725, up 14% from the same time a year ago.