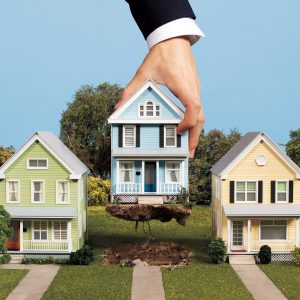 Owning your home is considered a cornerstone of the American Dream, but that goal has been harder to reach for more Americans over the last few years, that is, unless they are willing to compromise.

But the high cost of homeownership in cities is leaving out an untold number of potential homeowners, especially Millennials, from achieving the American Dream.

According to StorageCafé, there is however a silver lining: if you’re willing to relocate, there are ample opportunities to do so as suburbs and feeder cities across the country that offer affordable housing and a “premier lifestyle.” Moreover, the work-from-home trend has made it even more possible for homebuyers to change places of residence and focus on their living situation rather than stay in a location their job tied them to.

“Housing costs have increased dramatically in both for-sale and for-rent housing, but on a monthly basis, purchasing may still present a better option in specific feeder markets driven by tech and employment growth,” says Doug Ressler, manager of business intelligence at Yardi Matrix. “The difference between the median rent and monthly mortgage payments is the smallest on record. In addition, home equity continues to be the most accessible path to building wealth in the U.S.” 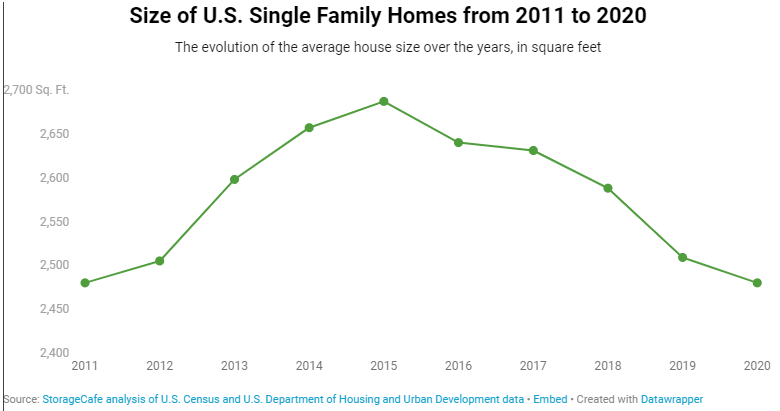 Residential construction has done nothing but go up since the last housing crash with around 8.5 million building permits issued since 2012. Out of these, in 2021 alone, roughly 1.1 million homes have been permitted, the peak year of the past decade for single family development. Also noteworthy, we’re seeing a shift in the size of new builds.

According to StorageCafé average home sizes have been significantly decreasing in recent times. Square footage peaked at 2,687 in 2015, since then sizes have consistently dropped to 2,480 for new builds in 2020. Essentially, single family houses seem to have lost a bit more than a sizeable bedroom – typically 132 sq. ft. – over the last five years or so.

Click here to see where the best places for first-time homeowners are and tips to get the most of your money from StorageCafé.

Previous: Townhouses Remain the Most Competitive Property Type
Next: May Home Sales Down YoY as Inventory Grows