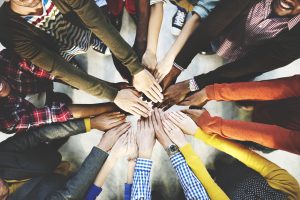 Tuesday, in Fannie Mae’s Perspectives blog by Dowell Meyers, Professor of Policy, Planning, and Demography at University of Southern Carolina (USC), and Patrick Simmons, Director of Strategic Planning at the Economic & Strategic Research Group, said there are many factors that have affected homeownership rates after the 2008 financial crisis, specifically in regards to young adult social norms and changes in the housing market. The homeownership rate among 25- to 44-year olds has dropped 10 percent in the last decade and, according to the blog, this can be attributed to slow labor market recovery from the Great Recession, tighter post-crisis mortgage credits, limited supply of entry-level homes, and social changes such as delayed marriage and childbearing.

In their fifth and final paper in a series on unraveling the factors influencing young-homeownership, Meyers, along with USC researchers Gary Painter, Julie Zissimopoulos, Hyojung Lee, and Johanna Thunell are focusing on how increases in racial and ethnic diversity and alternative scenarios for future college education might alter young-adult homeownership. Researchers analyzed estimated prospective changes from 2015-2035 for ages 25-44 and found that, unlike the popular narrative, an increase in racial and ethnic diversity won’t lead to a decline in young-adult homeownership rate, it would cause an increase of about 1.5 percent over the next two decades. When simulating completely closing interracial gaps in education, the researchers found it could generate an even larger 2.5 percent increase in homeownership. If interracial gaps in income and wealth were to close along with gaps in education, their research shows young adult homeownership rates would increase by 6-7 percent over the next 20 years.

Even in the workforce, diversity brings more success to the table. The American Mortgage Diversity Council, whose mission is to create and sustain a dialogue that addresses key issues affecting diversity and inclusion, reported that companies in the top quartile for racial and ethnic diversity are 35 percent more likely to have financial returns above their respective national industry medians, but companies in the bottom quartile both for gender, ethnicity, and race are statistically less likely to achieve above-average financial returns.

"Human capital is the most important asset in our industry," Bradley Osborne, Attorney at Richard M. Squire & Associates said. "Diversifying our customer base, workforce and vendors/suppliers, creates an atmosphere of positivity, inclusion, innovation and uniqueness. This environment is vibrant, collective and intellectual with an overt ability to be inventive and overcome challenges with measured civility and respect. The end result, of which, is continuing prosperity in a growing global society."