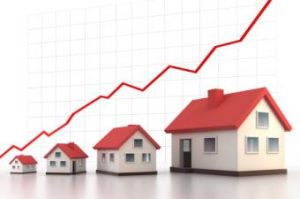 Previously, Zillow’s research showed that homes near a Starbucks [4] appreciated quicker than homes near a Dunkin’ Donuts [5], but now they are finding that, based on 375 Whole Foods locations and 451 Trader Joe’s, the gap between home values near these stores and the typical U.S. home is even more pronounced than that of Starbucks.

In order to research this information, Zillow took a one-mile radius around the selected stores to get 1.3 million total homes near Whole Foods and 1.5 million for Trader Joe’s and then they tracked the median value of the homes. Generally, homes near Trader Joe’s were $406,600 at the end of 2014 and appreciated 148 percent between 1997 and 2014. Homes near Whole Foods appreciated 140 percent to a median $376,200. Of course, these are high priced areas considering the median U.S. home was worth $176,800 as of December 2014 with appreciation of 71 percent, but Zillow also analyzed the appreciation rates both before and after these mega natural food stores were built.

Zillow found 190 Whole Foods and Trader Joe’s that had not been opened yet and ruled out the neighborhoods that had any less than three years of data surrounding the opening date. After that, of the 40 Trader Joe’s and 40 Whole Foods, they found homes before opening appreciated at the same pace or slower than typical homes in that particular city. Once they opened, homes began appreciating faster than the average home.

Zillow concluded that since the two aren’t piggybacking off already successful neighborhoods, either they are smart at picking neighborhoods or it truly is the opening of one of the locations that impacts home values.