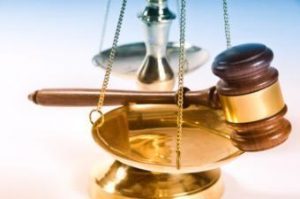 A New York Judge ruled that the Bureau of Consumer Financial Protection (CFPB) is unconstitutional on Thursday, largely conflicting a ruling in January by a nine-member panel of the U.S. Court of Appeals in Washington.

In a written decision, Judge Loretta Preska in Manhattan sided with the three dissenting judges in the previous ruling and said that the composition of the bureau violated the Constitution’s separation of powers. The ruling in January, on the other hand, had found that the agency director’s power is not excessive and that the president should not have freer rein to fire that person.

The earlier ruling read, in part, "None of the theories advanced by PHH supports its claim that the CFPB is different in kind from the other independent agencies and, in particular, traditional independent financial regulators."

On the subject of whether the CFPB director can be removed by the President without cause, the January ruling read, "The CFPB’s authority is not of such character that removal protection of its Director necessarily interferes with the President’s Article II duty or prerogative. The CFPB is neither distinctive nor novel in any respect that calls its constitutionality into question. Because none of PHH’s challenges is grounded in constitutional precedent or principle, we uphold the agency’s structure.”

The latest ruling is likely to increase the possibility that the legal fight on the CFPB's powers will land before the U.S. Supreme Court.

The question on whether the structure of the Bureau was unconstitutional or not was a key point of focus during a case between PHH Corp and the Bureau and stems from a 2014 administrative proceeding before the CFPB, in which the bureau alleged that PHH, a mortgage originator, created a kickback scheme that violated RESPA. The questioned business arrangement related to the alleged practice by PHH of referring business to mortgage insurers in exchange for insurers entering into reinsurance contracts with PHH’s wholly-owned reinsurance subsidiary.

Today is a good day for democracy, economic freedom, due process, and the Constitution. The District Court for the Southern District of New York has confirmed what House Republicans have said all along, that the Bureau’s structure is unconstitutional.

By design the Bureau is arguably the most powerful and least accountable Washington bureaucracy in American history—and under then-Director Richard Cordray, it showed. The Bureau infringed on the economic freedoms of consumers, limited their financial choices, increased their costs, and failed to hold managers accountable for widespread discrimination and abuse of its own employees.

On June 8, 2017, the House of Representatives passed HR 10, the Financial CHOICE Act, which fixes the constitutional defects identified by the District Court by subjecting the Bureau to the control of the people’s elected representatives.

While this case was dismissed by the CFPB earlier this month by the bureau, reflecting its changing enforcement priorities and a return to a more traditional interpretation of RESPA section 8(c)(2), the dismissal does nothing to moot the rulings of the DC Circuit Court.

As a result, the rulings made by the Court and now by Judge Preska as to the interpretation of the statute and the applicable statute of limitations remain binding on matters before that Court and its subordinate courts, even if a future administration appoints a Director with an interpretation closer to that of former Director Cordray.

Previous: Zombie Homes Webinar—Challenges and Guidance
Next: Where are Homeowners Spending the Most on Mortgage?