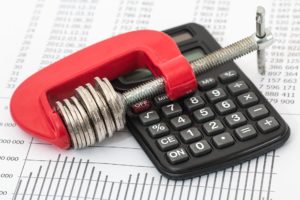 As the market gets more competitive, mortgage lenders are looking for ways and means to cut costs. According to the latest Mortgage Lenders Sentiment Survey published recently by Fannie Mae, cost-cutting jumped from the second least important priority in 2017 to the third most important one for lenders, coming in after consumer-facing technology, and business process streamlining.

In a blog, Doug Duncan, SVP and Chief Economist at Fannie Mae wrote that the rise in cost-cutting as a priority should not come as a surprise for the industry. “Today, lenders are facing an increasingly difficult market environment,” Duncan wrote. “Mortgage rates have risen about 80 basis points since September 2017, pushing refinance activity down sharply. Refinance applications fell every week in May, dragging the monthly average to the lowest level since December 2000.”

According to industry estimates, profits for mortgage lenders declined to 10 basis points in the first quarter of 2017 “until, finally this past quarter, the industry took a loss of eight basis points per loan, the first loss in four years.”

Now, Duncan wrote, “they appear to be turning to cost-cutting as a means of managing their bottom lines.” Citing another industry estimate, Duncan said that personnel expenses made up 66 percent of total loan production expenses in the first quarter of 2018 and was little changed from the prior quarter a year ago.

“Payroll reduction could potentially assume a more prominent role in future cost-cutting efforts,” Duncan predicted. Additionally, he saw the mortgage industry employment approaching the cyclical peak, even as hiring among nonbanks and mortgage brokers hovered near expansion highs in April.

Like so many other factors being impacted by it, the problem with the purchase market also boils down to the lack of housing supply that has challenged the otherwise favorable market conditions. “The for-sale inventory of existing homes has remained below the year-ago level for nearly three years. While the number of new homes for sale has continued to trend up, the increase has been concentrated in incomplete units. Ongoing tightness in the for-sale inventory of existing homes and completed new homes is likely to continue to restrain new home sales and boost prices” Duncan said.

All these factors together, have led to increasingly tight margins for lenders, a trend, according to Duncan, that is likely to persist as a top driver of lenders’ mortgage business strategy as interest rates continue to rise and inventory remains tight.

The quarterly Fannie Mae survey of lenders had found that despite lenders making significant investments to improve operational efficiencies, margins had declined over the past few years. The survey also painted a sobering picture of the housing market, indicating that mortgage demand sentiment had reached a three year low. Lenders’ profit margin outlook also took a dive and remained in the negative territory for the seventh consecutive quarter.