Home >> Daily Dose >> Knowing the Score, Its More Important than You Think.

Knowing the Score, Its More Important than You Think. 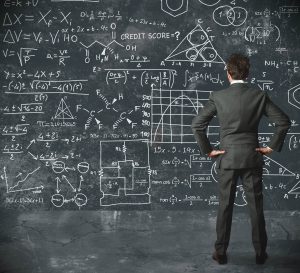 You may have seen recent news articles about the consumer reporting agencies—Equifax, Experian, and TransUnion—removing certain derogatory public record information from their credit files, and you may be wondering, what type of information is being removed. And how will it potentially impact FICO® Scores? Is there likely an impact to my consumer applicant pool?

To provide a bit of background, the information that is being removed by the consumer reporting agencies (CRAs) is information on tax liens and civil judgments harvested from public records. The information will be removed, if the public records have insufficient personally identifiable information to verify the accuracy of the public record information, or should they not meet the 90-day minimum frequency for updates. In July 2017, the three CRAs are scheduled to make these changes to the criteria they will require to accept the reporting of a tax lien and/or civil judgment. This action is part of the National Consumer Assistance Plan (NCAP), a comprehensive series of initiatives intended to evaluate the accuracy of credit reports, the process of dealing with credit information, and consumer transparency. As part of NCAP, the CRAs are changing the data standards and service level requirements of the public record data they maintained.

According to the CRAs, it is very likely that civil judgment public records (debts owed as a result of a civil lawsuit and judgment) will not be part of the CRAs’ core consumer credit database after the NCAP’s effective date. Changes are also anticipated to tax lien public record data, most commonly associated with a failure to pay taxes. According to the CRAs, as much as 50 percent of this data may not meet the enhanced verification standards and will be removed from the CRAs’ core consumer credit database. The three CRAs do not expect any change to bankruptcy public record data.

To proactively answer the industry’s questions regarding the potential impact of this action taken on the CRAs database to FICO Scores, FICO undertook a detailed assessment for all FICO Scores in market to determine the impact to risk prediction, scorable rate, and score distribution.

Approximately 6 to 7 percent of the population with a FICO Score had a judgment or tax lien purged from their credit report as a result of the enhanced public record standards.

FICO identified minimal impact to risk prediction and the odds-to-score relationship on the total consumer population.

There was no impact on the FICO scorable rate since the presence of a public record does not factor into the FICO Score minimum scoring criteria. As a reminder, the FICO Score minimum scoring criteria require at least one tradeline open for six months and at least one tradeline updated within the last six months. FICO does not score consumer files that only contain a public record or collection.

FICO observed no material impact to score distributions on the total population. This is not surprising as the impacted population segment is generally low scoring—below most lenders score cut-off—having a median FICO Score of 565 (prior to any data being purged).

Digging into the Data

For its analysis, FICO analyzed a nationally representative random sample of approximately 10 million credit files (including roughly 500,000 impacted credit files) from each CRA. Matched datasets were used: an observation snapshot from mid-2014, and a performance snapshot from mid-2016. This analysis was based on each CRA’s representation of the judgments and tax liens that would be removed after the NCAP-related public record standards are implemented in July 2017. FICO conducted impact analyses across the three CRAs on the most widely used FICO Score versions (across base FICO Score versions and industry-specific FICO Score versions). Results observed were similar in each instance. In the interest of producing a streamlined article, the results presented here will primarily focus on the impact to FICO Score 9 at one of the CRAs (CRA1), as very similar results were seen across each FICO Score version.

FICO research identified minimal impact to risk prediction resulting from the CRAs’ enhanced public record standards as part of NCAP. This analysis was conducted across industries, across the credit lifecycle, and for various FICO Score versions. Figure 1 below shows the difference in the Kolmogorov–Smirnov (K-S) statistic between the FICO Score pre-NCAP and post-NCAP. The K-S statistic is commonly used to evaluate a credit scoring model’s predictive strength, with higher values indicating a more effective risk prediction.

The exceptionally small negative K-S difference values in Figure 1 indicate a very modest decline in risk prediction between the pre-NCAP and post-NCAP FICO® Score tied to the removal of impacted public records. The results from each CRA is presented in one of three separate columns. NCAP did not have any impact on the predictive strength of FICO® Score 9 for mortgage originations for 2 of the 3 CRAs and a slight decrease of 0.2 percent at one CRA.

In addition to very minimal predictive impact, there is no material impact to score distributions pre- and post-NCAP. Because only 6 to 7 percent of the population is projected to have a judgment or tax lien removed from their credit file as a result of the CRAs’ enhanced public record standards, the vast majority of the population will not experience any impact to their FICO Scores from these changes. Approximately 5 to 7 percent of the population will experience a score increase as a result of the removal of public records; a significant majority of these score increases are between 1 and 19 points.

A Closer Look at Impacted Loans

When focusing solely on the population that had a judgment or tax lien removed because of the CRAs’ enhanced public record standards, FICO observed a modest impact to FICO Score risk prediction. The K-S stats in Figure 4 show larger shifts than were observed on the total population (see Figure 1 above), but the shifts are still modest, with no cases where the decrease in K-S exceeds 1 percent.

The cumulative score distribution in Figure 5 indicates that the post-NCAP FICO Score for the impacted population shifts roughly 10 points higher across most of the score spectrum. This upward shift in score is to be expected, since most consumers who have a derogatory public record removed from their credit file will experience a FICO® Score increase. Figure 5 also reinforces a point made earlier in this article, that the impacted population is generally low scoring and below a typical mortgage applicant population with a median pre-NCAP FICO Score 9 of 565, compared to a median pre-NCAP FICO Score 9 of 727 on the total population.

FICO made the following key observations when examining the impact to FICO Scores of NCAP-driven removal of public records from the credit file:

Six to 7 percent of the FICO scorable population had a judgment or tax lien removed from their file as a result of the CRAs’ enhanced public record standards.

On the impacted population, the decrease in predictive lift post public record removal is modest; less than 1 percent K-S across all product types.

Impacted files are very likely to have additional derogatory information on their credit file and therefore tend to score relatively low, below many mortgage lenders’ thresholds, even after the public record data in question has been removed.

While FICO encourages lenders to conduct similar analyses on their portfolios and any custom models that use credit bureau data to fully understand the impact to their specific situation, FICO did not find material impacts to the FICO Score post-NCAP on the aggregate.

Previous: Prices are Up, But So is Affordability
Next: CFPB Corrects, Clarifies Final Rule Amendments