Home >> Daily Dose >> Prices are Up, But So is Affordability

Prices are Up, But So is Affordability 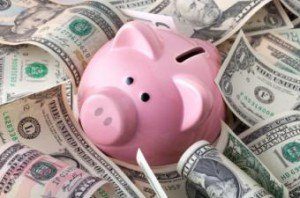 While home prices may be up, taking into account income, interest rates, and other factors, U.S. housing is actually becoming more affordable, according to the Real House Price Index released by First American today. The Index showed the biggest month-over-month decline since July 2016.

Real house prices are currently 33.6 percent lower than their peak, reached in July 2006 during the housing boom.

According to Mark Fleming, Chief Economist at First American, the decrease is a result of rising wages, which increased 0.3 percent for the month.

“Despite the monetary tightening policies of the Federal Reserve, a dip in the average rate for a 30-year, fixed-rate mortgage, and wage gains increased consumer house-buying power sufficiently to offset the gain in unadjusted house prices,” Fleming said. “The decline in real, purchasing-power adjusted house prices between March and April was the largest month-over-month decline since July 2016.”

“While this is welcome news for homebuyers, the number of homes listed for sale is not meeting consumer demand and markets are getting tighter,” he said. “As a result, affordability declined 11 percent on a year-over-year basis. That’s a bigger drop in affordability than the 5.7 percent caused by unadjusted house-price appreciation alone and reflects the impact of rising interest rates and tightening supply."

According to Fleming, unadjusted prices will likely continue their rise—particularly as existing homeowners avoid putting their homes on the market.

“Global uncertainty brought down the yield on the 10-year Treasury bill between March and April, which countered the Federal Reserve’s domestic monetary policy,” Fleming said. “The beneficial impact on consumer house-buying power brought widespread relief to the housing market, as all but two of the markets we track experienced an improvement in affordability over the same period. However, the prisoner’s dilemma that prevents existing homeowners from selling will continue to drive up unadjusted house prices and reduce affordability.”

Previous: Is the Bubble About to Burst?
Next: Knowing the Score, Its More Important than You Think.