Home >> Daily Dose >> The Science of Homebuying Psychology: A Study

The Science of Homebuying Psychology: A Study 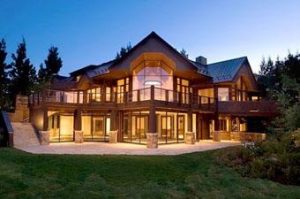 Homebuyers within the last two years are buying homes in certain areas for a variety of reasons, according to a recent poll conducted by Redfin.

The survey—which began back in May 2017 and has since asked approximately 3,350 U.S. residents in 11 different metros across the country who have either bought a home, sold a home, or plan to do so—was conducted in the hopes of uncovering new perspectives and trends amongst recent homebuyers It didn’t disappoint.

Perhaps the most interesting finding of the survey was that one-third of homebuyers last year made an offer on a home that they'd never seen in person. Last year, that figure was at 19 percent, and two years ago, 21 percent. Further, millennials were more likely than any other generation to do so—41 percent, compared to Gen-Xers at 30 percent and Baby Boomers at 12 percent.

“Millennials are already starting to set trends in the real estate industry,” said Nela Richardson, Chief Economist at Redfin. “They are three times more likely than Baby Boomers to make an offer sight-unseen, and they’re more likely than older buyers and sellers to negotiate commission savings. Despite their tech-savvy confidence, politics are seeping into Millennials’ decisions about where to live; nearly half cited hesitations about moving to a place where their neighbors wouldn’t share their views.”

Interesting enough, only 40 percent of Gen-Xers said they would be hesitant to move to an area where a majority of the residents did not share their political view, compared to 29 percent Baby Boomers and 46 percent millennials. Still, the biggest contributing factor for the young generation was affordable housing—one in five questioned said that rising home prices were a direct cause of searching in a certain area.

Mortgage rates had little to do with the house search for millennials, either. Only 5 percent said they would cancel their plans to buy a home if interest rates rose above 5 percent as opposed to 29 percent that said they would simply slow down their search and wait for rates to drop again.