Analyzing Defect Risk Across the Nation 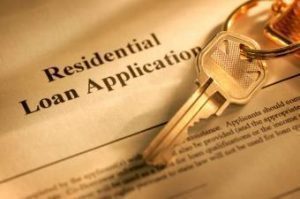 First American Financial Corporation reports that May saw a decline of 5.5% in the frequency of defects, fraud, and misrepresentation of information included in mortgage loan applications in its Loan Application Defect Index.

“Last month, we predicted that if mortgage rates continued to fall, it may help ease the pressure on fraud risk. Indeed, the 30-year, fixed-rate mortgage fell to its lowest level since January 2018, and fraud risk has fallen alongside it,” said Mark Fleming, Chief Economist at First American. “The Loan Application Defect Index for purchase transactions declined 6.3% in May compared with April, the second consecutive month that defect risk in purchase transactions declined. Overall, the frequency of defects, fraudulence and misrepresentation in the information submitted in mortgage loan applications also declined 5.5% compared with last month.”

First American found that the Defect Index for refinance transactions fell 7.2% month-over-month, and increased 8.5% from 2018. The Defect Index also revealed a 6.3% decline compared to April, and an 8.4% year-over-year increase.

“Following the strong sellers’ market conditions throughout 2018, market dynamics have shifted slightly toward buyers in 2019. Mortgage rates began to decline in January 2019 and are now lower than one year ago,” Fleming said. “Meanwhile, household income, the other component of house-buying power, has continued to increase, rising 2.8% in May compared with one year ago. Falling mortgage rates and rising household income have boosted consumer house-buying power.”

A study released by the National Association of Realtors (NAR) reports that the number of American who feel it is a good time to sell jumped to 46% in Q2 2019.

Optimism in selling increased from 37% in Q1 2019, and NAR Chief Economist Lawrence Yun said moderate increases in home prices is a contributing factor.

“With home price appreciation slowing, home sellers understand that the days of large price gains from holding an extra year are over,” Yun said.