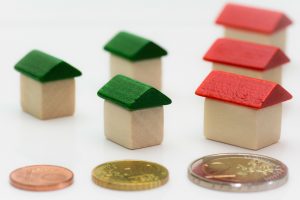 Most Americans who hope to purchase a home in the coming months face a dilemma. Low inventory and other factors have led to increased home prices and unaffordability. Thus many house hunters wonder if things will improve or become more difficult for the buyer in approaching months and even years.

The Chief Economist at First American this week weighed in on whether or not it's a good time to purchase a home. While it is quite clearly a seller's market, some metrics indicate it could nonetheless be more beneficial to buy now than any time in the foreseeable future. In his analysis of the latest Real House Price Index (RHPI) from First American, which covers data from April, Chief Economist Mark Fleming addresses the question, is it a good time to buy a home, and explains why signs point to worsening affordability in the months ahead.

“Shifts in housing supply or demand can affect affordability. If supply increases and meets demand in the middle, house prices will moderate. Unfortunately, while inventory has ticked up slightly in recent weeks, it remains near historic lows and is not enough to compensate for a decade of underbuilding and homeowners simply staying put,” said Fleming. “It will take years for supply to catch up to demand and, in the meantime, any new housing inventory will be very quickly absorbed by the existing demand. So, significant housing supply relief is unlikely in the near term."

The RHPI measures the price changes of single-family properties throughout the U.S. adjusted for the impact of income and interest rate changes on consumer house-buying power over time at national, state, and metropolitan area levels. Because the RHPI adjusts for house-buying power, it also serves as a measure of housing affordability, First American explained in a press release.

According to Fleming, in April, First American Data & Analytics’ nominal house price index increased 16.2% year over year, the fastest pace since 2005, and rapid appreciation is driving declines in affordability, despite rising incomes and lower mortgage rates.

“Nationally, according to our Real House Price Index, housing affordability declined in April on a year-over-year basis by 7%, the most since December 2018, he said. "Furthermore, homes typically remained on the market for 17 days in April, a record low. Multiple-offer bidding wars are common across the full spectrum of home prices." 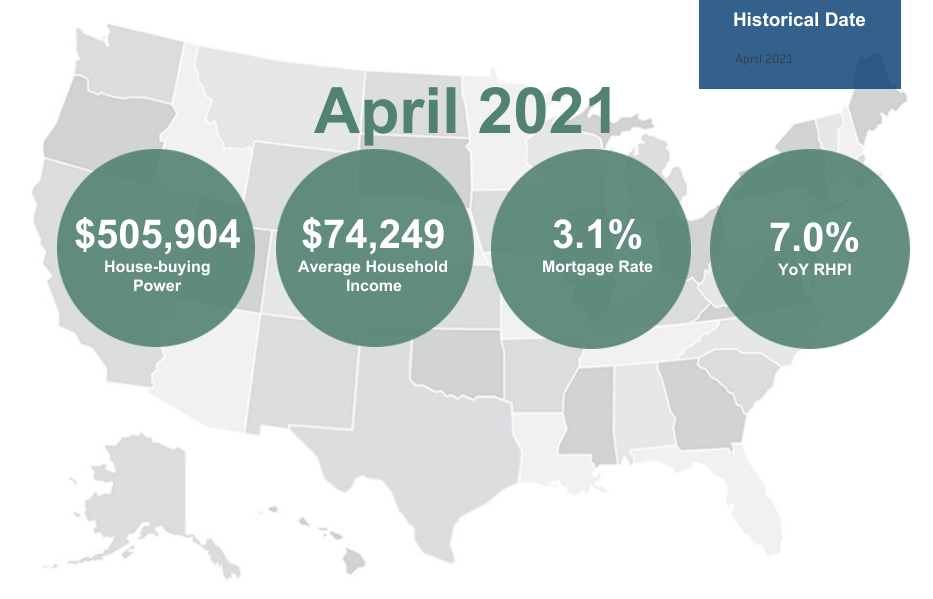 Fleming acknowledges that a substantial increase in mortgage rates could moderate demand. "However," he added, "without an increase in income or a slowdown in house price growth, a rise in mortgage rates would accelerate the decline in affordability and squeeze buyers on the margin out of the market. A pullback of buyers on the margin may prompt fewer or less intense bidding wars, possibly moderating house price appreciation. Of course, even without rising mortgage rates, continued strong nominal house price growth would reduce affordability in the short run, squeezing more buyers out of the market and, eventually, reducing upward price pressure in the longer run.”

That said, affordability will likely worsen before things improve for buyers.

"Looking ahead, consensus forecasts have mortgage rates peaking at an average of 3.4% by the fourth quarter of 2021,” Fleming said. “Assuming a household income of $70,000 and a 5% down payment, increasing from the current average mortgage rate of 3% to 3.4% would reduce house-buying power by nearly $24,000. All else held equal, household income would need to increase by approximately 5% to offset the affordability loss from rising mortgage rates. While incomes are expected to increase in the months to come as the economy continues to improve, it’s unclear if it will reach a pace necessary to offset the potential for rising mortgage rates."

Of course, the location of the potential homebuyer is significant, he added.

"Real estate is local, and affordability will depend on where you are, but affordability is likely to worsen before it improves, so try to buy it now, if you can find it."

More significantly, he adds, the nominal house price growth is not likely to slow anytime soon. The economist also points out that the decision, to large extent, relies on location.

“Even if demand moderates due to an affordability squeeze, it will take time for supply to catch up with demand, keeping house price growth positive. So, should you buy now or wait? Real estate is local, and affordability will depend on where you are, but affordability is likely to worsen before it improves, so try to buy it now, if you can find it.”

The full report, including video commentary from Fleming, is available at firstam.com.