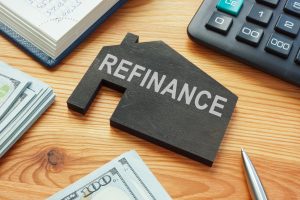 Despite the fact that fixed-rate mortgages inch closer to the 6%-mark, mortgage application volume continues to climb, as for the third consecutive week, app volume rose.

For the week ending June 24, the Mortgage Bankers Association (MBA) reported mortgage application volume rising 0.7% week-over-week, following consecutive volume hikes of 4.2% and 6.6% the week before that.

And as Freddie Mac reported rates hitting a 14-year high of 5.78% last week, the MBA reported that its Refinance Index increased 2% from the previous week, but was a whopping 80% lower than the same week just one year ago. The MBA’s seasonally adjusted Purchase Index increased 0.1% from one week earlier, while the unadjusted Purchase Index decreased 21% compared with the previous week, and was 24% lower than the same week one year ago.

“Mortgage rates continue to experience large swings. Rates are still significantly higher than they were a year ago, when the 30-year fixed rate was at 3.2 percent,” said Joel Kan, MBA’s Associate VP of Economic and Industry Forecasting. “The decline in mortgage rates led to a slight increase in refinancing, driven by an uptick in conventional loans. However, refinances are still 80% lower than a year ago, and over 60% below the historical average.”

And while the rise in rates has impacted ARM activity, a recent survey by Redfin found that the typical homebuyer could save an estimated $15,582 over the span of five years, or roughly $260 per month, by taking out an ARM over a typical 30-year-fixed-rate mortgage—marking the largest savings for ARM holders since at least 2015.

Arnell Brady, a Senior Loan Officer at Bay Equity Home Loans, noted that approximately 20%-30% of his clients are now asking about ARMs, a significantly larger share than before the pandemic.

“ARMs can work really well for homebuyers who plan to stay in their home for less than five to 10 years, and have the means to cover higher payments when the loan resets,” said Brady.

“Overall purchase activity has weakened in recent months due to the quick jump in mortgage rates, high home prices, and growing economic uncertainty,” added Kan. “Purchase applications were essentially flat last week, but were supported by a 6% increase in government loan applications. The average purchase loan amount declined to $413,500, which highlights an ongoing downward trend seen since it hit a record $460,000 in March 2022.”

Is there a sudden deceleration in the market? The latest S&P CoreLogic Case-Shiller Index, which measured data from April 2022, has found in its U.S. National Home Price NSA Index, covering all nine U.S. census divisions, a 20.4% annual gain in April, down slightly from 20.6% in March 2022.

This data includes info prior to the Fed’s rate hike in mid-June, but could have been a precursor to a housing market slowly fizzling out.

“April 2022 showed initial (although inconsistent) signs of a deceleration in the growth rate of U.S. home prices,” said Craig Lazzara, Managing Director at S&P DJI. “We continue to observe very broad strength in the housing market, as all 20 cities notched double-digit price increases for the 12 months ended in April. April’s price increase ranked in the top quintile of historical experience for every city, and in the top decile for 19 of them.”

Previous: Mortgage Lenders Adapt to Reality of Market
Next: Affordability Plummets in All Regions