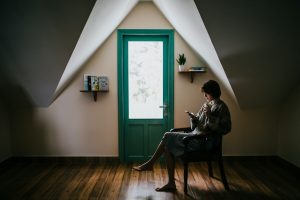 While members of the Asian American Pacific Islander communities earn higher salaries on average than their White counterparts, they also make up a smaller percentage of homeowners, according to an in-depth analysis by the Asian Real Estate Association of America in partnership with Freddie Mac and RE/MAX.

The AREAA's 2021 State of Asia America report offers a comprehensive review of the housing trends and associated issues facing the AAPI community, the association says. They say the study shows that the AAPI community has been "greatly impacted by the pandemic and subsequent hate crimes," which, they add, have created unprecedented barriers to homeownership for this racial demographic.

"The 2021 State of Asia America report showcases how the AAPI community has continued its movement across the country. But even with factual evidence of greater income than the general population, our homeownership rate remains surprisingly low," said AREAA President Amy Kong, Co-Founder of Trust Real Estate in San Francisco. "And the challenges we face grew substantially throughout the pandemic, including job losses as well as an immense increase in hate crimes and subsequent housing discrimination that are forcing so many to stay in their current communities rather than move to new and unfamiliar places. The hope is the AAPI community will be resilient and continue to make a positive impact on the U.S. as the fastest-growing racial or ethnic population."

Of 22 studied U.S. markets with a large percentage of AAPI population, only the Riverside, California metro, Washington, D.C., Miami, Houston, and Atlanta showed higher homeownership rates than the national average among Asian American and Pacific Islanders.

In the first quarter of 2021, AREAA says the U.S. Department of Housing and Urban Development reported a 30% increase in complaints of housing discrimination, with approximately 10% of those complaints involving some aspect of connecting COVID-19 to the person's ethnicity.

Since the start of the pandemic, AREAA reported, more than two million AAPI adults have experienced anti-Asian hate incidents. Verbal harassment (68.1%) was the most common form of this racism and discrimination, followed by shunning (20.5%), physical assault (11.1%), being coughed at/spit at (7.2%), online trolling (6.8%), and workplace discrimination (4.5%).

Furthermore, in Q4 2020, 46% of unemployed Asian workers had been out of work for more than six months, compared to 21% in the fourth quarter of 2019, AREAA reports, using Pew Research Center stats. AREAA reports that Asian and Pacific Island American women were disproportionately affected with 44% of unemployed AAPI women experiencing long-term unemployment.

"The impact of job losses and hate crimes are fueling AREAA's continued work in advocating on behalf of the AAPI community," Kong said. "We continue to showcase the importance of alternative credit needs as so many in the AAPI community have been culturally adverse to credit, but have good jobs and savings. We also are working hard on overcoming language barriers, especially when it comes to the paperwork involved in real estate transactions. But now we have to overcome even more. It will be interesting to see how the added stressors impact on the AAPI homeownership rate which had seen a steady rise from 53.7% in the second quarter of 2016 to 61.4% four years later only to fall to 59.6% through the first quarter of 2021."

The 38-page report also breaks down the homeownership rates by more-specific ethnic groups within the AAPI population.

Previous: How Buying a House is Different for Black Americans
Next: Obstacles Not Deterring Homebuyers