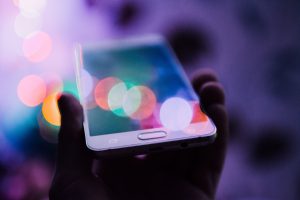 The Tomo platform will be focused on the buyer, as its proprietary technology will provide pre-approvals within hours not days, and guarantees an on-time closing. Tomo Mortgage notes that it will cut the average time-to-close by as much as 55%; current industry average is 47 days.

"In today's housing market, buying is not an enjoyable experience; it has become competitive, stressful, and confusing, and too many people are coming away from it empty-handed,” said Tomo CEO and Co-Founder Schwartz. “As single-family homes become commoditized by investors, the American dream is moving further and further out of reach. We are going to change that. In the current frenzy, what is being lost is the personal touch, the humanity, and the excitement that should go along with buying a home. Tomo is going to restore that."

In his 13 years with Zillow Group, Schwartz held a number of roles, including President, Media & Marketplace; Chief Business Officer; CRO; and VP of Sales. In her seven years with Zillow, Armstrong served as VP, Premier Agent.

Launching initially in Seattle, Dallas, and Houston, Tomo will target areas where rising home prices and competition are crippling first-time and millennial homebuyers.

Tomo Brokerage will connect buyers to top local agents, also launching a partnership earlier this spring with Tom Ferry (Ferry International), to build out its network.

"Tomo's expert teams will be bringing humanity back to homebuying in their dedicated markets whenever and however our customers need it—seven days a week via text, phone, email, or video," said Tomo Co-Founder and Chief Revenue Officer Armstrong. "Through our platform and customer-obsessed service, there will be no more guessing about where you stand on your journey."

Previous: Mortgage Rates Retreat Below the 3% Mark
Next: Keeping Pace With Demand Through Outsourcing