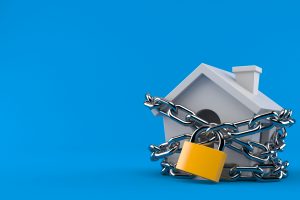 The House Committee on Financial Services held a hearing earlier this week titled “Boom and Bust: Inequality, Homeownership, and the Long-Term Impacts of the Hot Housing Market,” discussing the barriers faced by borrowers in today’s housing marketplace.

Of note was discussion on the Housing Title of the Build Back Better Act, a $150 billion measure representing the single largest investment in affordable housing in our nation’s history. According to the proposal, these funds will expand access to affordable, accessible housing; help 294,000 households afford their rent; build, upgrade, and retrofit more than 1.8 million affordable housing units. More importantly, the measure seeks to help close the racial wealth gap through national investments in homeownership for first-time, first-generation homebuyers.

“As we celebrate National Homeownership Month, we must recognize that homeownership is the primary driver of wealth for most families in the United States,” said Rep. Maxine Waters, Chairwoman of the House Committee on Financial Services. “It’s a source of stability and opportunity for families, who can leverage their home equity to put their kids through college, start a business, and support them in retirement. However, not everyone has been able to realize the dream of homeownership, and the pandemic housing boom has made these disparities worse. In fact, while millions of people were able to take advantage of historically low interest rates to purchase homes or refinance their mortgages, skyrocketing home prices and other ongoing challenges made it harder for millennials and Gen Z, people of color, and individuals without intergenerational wealth to compete and access homeownership. So, while the Federal Reserve estimates that home equity reached a record $27.8 trillion by early 2022, many qualified would-be homebuyers could not partake in this wealth building event.”

Additional speakers offering their insight at the hearing on the topic of equitable housing for all included:

For decades, homeownership has been the primary driver of household wealth in the United States with homeowners holding over 40 times the median net worth of renters in 2019, according to the Federal Reserve. Homeownership not only financially outperforms stocks and bonds in terms of an investment vehicle, but it has a practical utility of housing families, and its returns make it more beneficial than renting for most, as per the Urban Institute. The economic security obtained through owning a home can serve as a cushion in a time of crisis, like during the pandemic, as The Hill reported that home equity reached a record $27.8 trillion in 2022.

“These trends threaten to further widen the already wide racial wealth and homeownership gaps,” added Rep. Waters. “Nationwide, Black borrowers were the only group to experience a decline in home purchase lending among borrowers of color. For example, in my city of Los Angeles, the Black homeownership rate was 34% in 2021—lower than it was in 1910. After experiencing a substantial loss of wealth during the post-2008 foreclosure crisis, households of color continue to be locked out of opportunities to build wealth. It’s unconscionable that despite historically low interest rates, this nation was still unable to ensure that historically underserved and excluded borrowers could make homeownership gains.”

“Wealth disparities are reflected in homeownership rates, where large racial homeownership gaps persist, with Black households over 30 percentage points behind whites and Latino households 24 points behind,” said Calhoun testifying on behalf of the Center for Responsible Lending. “This means that fewer Black and Latino families enjoy any house price appreciation. Those Black and Latino families who are homeowners attain far less home equity growth on average than whites due to owning less valuable houses. Recent high house price appreciation has caused an overall greater concentration of wealth in America, and an increase in the racial wealth gap.”

Equating homeownership to a savings account with compounded interest, Pope discussed the benefits of multigenerational homeownership.

Pope, testifying on behalf of NAREB, noted, “Today, there remains a need to redress racial economic harm caused by private and public sector practices. Homeownership and the denial of access to homeownership compounds access to family wealth situations. That is; like a savings account and compounded interest, multigenerational homeownership provides capital for families to for instance: send children/grandchildren to college without loans; help another generation with down payments on their homes and thus eliminate PMI or FHA insurance costs; or provide a source of credit that can be used as equity in a new business. Thus, the homeownership advantage white families received from the 1930s through the 1980s compounds the racial wealth gap today.”