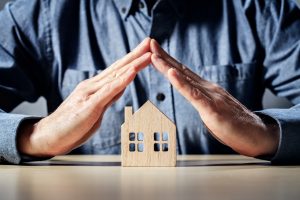 According to the report, the MI industry helped more than 37 million low down payment borrowers over its 65-year history to secure mortgage financing, including nearly two million alone in 2021, according to data from the government-sponsored enterprises (GSEs)—Fannie Mae and Freddie Mac.

The below table shows the top five states where private MI was used by borrowers to purchase or refinance homes in 2021:

“Skyrocketing home prices, driven by record low housing supply have made homeownership unreachable for many Americans. It is critical that affordable, sustainable low down payment mortgages are available to meet borrowers’ needs,” said Lindsey Johnson, President of USMI. “For 65 years, the private MI industry has been helping to level the homebuying playing field, providing first-time and low- to moderate-income borrowers with access to mortgage credit. Thanks to private MI nearly two million borrowers purchased a home or refinanced in 2021.”

Key findings from USMI’s report include:

The number of years to save for a down payment decreased in comparison to USMI’s past reports, as the personal saving rate reached record highs during the first six months of 2021, as reported by the Federal Reserve. This was largely due to consumer spending decreasing, government stimulus checks, and an increase in unemployment insurance.

According to a 2020 Congressional Research Service report, the “saving rate usually goes up when there’s a decline in general economic activity, but it can quickly fall back down when there are positive signs of growth.”

The U.S. economy experienced this growth as businesses reopened during the second half of 2021, once the pandemic started to recede. As a result, personal saving rates resumed regular levels as consumers began spending more and saving less, while the economy also experienced high inflation, limiting people’s ability to save.