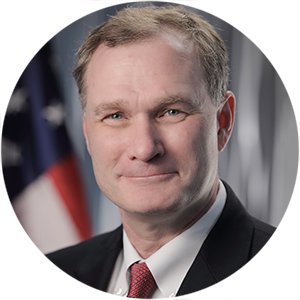 The Consumer Financial Protection Bureau [1] (CFPB) announced that Thomas Pahl will serve as the Deputy Director of the Bureau.

Pahl served as the Policy Associate Director for Research, Markets, and Regulations since April 2018, Previously, Pahl was the Acting Director of the Bureau of Consumer Protection at the Federal Trade Commission (FTC).

“Tom is a committed public servant who has dedicated his career to protecting consumers in the financial marketplace.  His wealth of experience on consumer protection issues will enable him to provide valuable insights on achieving our mission and preventing consumer harm,” said CFPB Director Kraninger.  “I look forward to his continued contributions and leadership.”

From 2013-16, Pahl served as the Managing Counsel for the Office of Regulations at the CFOB. He also held previous roles at the FTC focused on enforcement, rulemaking, and policy on financial services matters, including Assistant Director of the Division of Financial Practices.

Kraninger also announced the leadership for the newly created Consumer Education and External Affairs (CEEA) Division. CEEA will focus on a more coordinated and Bureau-wide approach to engagement and communication with consumers, policymakers, academics, and other stakeholders.

The Bureau announced earlier Tuesday that it ratified most regulatory actions taken between January 4, 2020, through June 30, 2020. A release states that the ratification of previous regulatory actions “provides the financial marketplace with certainty that the rules are valid in light of the Supreme Court decision is Seila Law.”

“The Bureau is taking action to ensure that consumers and market participants understand that the same rules continue to govern the consumer financial marketplace,” Kraninger said.

The Supreme Court ruled Monday [2] that the structure of the Consumer Financial Protection Bureau (CFPB) is unconstitutional, but it can keep operating under new rules.

“The CFPB’s single-director configuration is also incompatible with the structure of the Constitution, which—with the sole exception of the Presidency—scrupulously avoids concentrating power in the hands of any single individual,” the ruling states [3].

Additionally, the court said its director “must be removable by the President at will.”

The CFPB was created by Sen. Elizabeth Warren (D-Massachusetts) prior to her time as an elected official and created by Congress following the 2008 financial collapse.