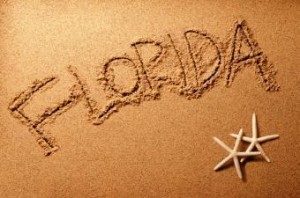 A report by the Orlando Sentinel states that Florida Gov. Ron DeSantis vetoed $225 million of funds previously allocated for the State Housing Initiatives Partnership (SHIP) as part of his $1 billion cuts to the state’s budget.

Funds for the project were moved back into the Sadowski trust fund until legislators can convene, the report states.

The Sentinel reports that Mitchell Glasser, Manager, Orange County Housing and Community Development Division, said the county was expecting $11.7 million in SHIP funds this year. The county received about $1.4 million over the past two years.

SHIP funds are used for down payment assistance and housing repairs for low income and moderate-income families. Funds also go to low-interest loans for developers to build affordable apartments and to support special needs housing.

According to the report, Orange County has about $4 million left over from previous SHIP allocations.

DeSantis announced on June 25 that an additional $240 million from the CARES Act for rental and mortgage assistance. The Sentinel states half of that money will go toward affordable multi-family properties and the remainder will be sent to counties based on unemployment figures.

Trey Price, Executive Director of the Florida Housing Finance Corporation, supported the Governor’s decision to use additional CARES Act money, adding it would go to residents quicker than SHIP could have. Funding from the CARES Act must be spent before the end of the year.

“It’s going to be doing what we had hoped SHIP would be doing this year anyway,” Price said to the Sentinel.

Earlier in May, Iowa Gov. Kim Reynolds announced the home foreclosure and rent evictions will not be extended, according to the Quad City Times.

The Governor, instead, said a program will be established to provide financial assistance to borrowers in Iowa who have lost income or faced foreclosure eviction.

Reynolds, according to the Quad-City Times, had temporarily suspended foreclosures and rental evictions as a part of her administration’s responses to COVID-19.

This was done to offset the closures of Iowa businesses, which caused unemployment levels to spike to record highs. This order expired on Wednesday.