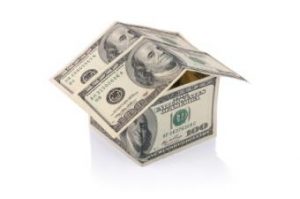 Harris pitched her idea at on July 6 at the Essence Festival, a three-day event geared for black women.

"So we must right that wrong and after generations of discrimination give black families a real shot at homeownership—historically one of the most powerful drivers of wealth in our country," Harris said at the Essence Festival.

The plan calls for the Department of Housing and Urban Development (HUD) to provide a grant of $100 billion for homeowners and homebuyers to rent or live in historically red-lining communities. Minorities in red-lining communities were largely blocked from accessing capital for investment, and up to a $25,000 down payment assistance for closing costs, according to CBS News.

Harris’ proposed plan would require an applicant to have lived in a red-lined area for at least 10 years before they can qualify. The applicant must also purchase a principal residence, and applying families cannot have an annual income of more than $100,000 or $125,000. Individuals cannot make more than $50,000 or $75,000.

Recent NAHB information revealed that the amount of newly-formed owner-occupied home grew in the first quarter. Expansion during Q1 2019, though, was slower than last year, indicating the decline of affordable housing due to elevated home price.

“According to 57% of title agents and real estate professionals surveyed, the unexpectedly low mortgage rates of 2019 have increased home buyer demand in their market. In fact, only 15% disagreed with this sentiment,” said Mark Fleming, Chief Economist at First American. “However, despite lower mortgage rates boosting affordability and stimulating demand, 40% of survey respondents indicated that affordability is the primary obstacle to becoming a homeowner – this is not surprising as house prices nationally continue to grow, albeit at a slower pace in 2019.”