The Call for Affordable Housing 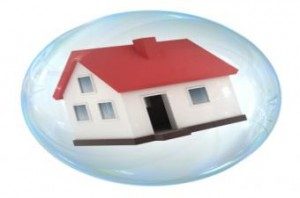 The National Association of Home Builders (NAHB) Chairman Greg Ugalde, provided an update on affordable housing initiatives, including the NAHB’s call to action in Washington D.C.

Ugalde said the NAHB held its annual Legislative Conference in D.C. during the first week of June, and 300 individual members “urged lawmakers” to make policies aimed to increase the production of affordable housing.

“With housing affordability near a 10-year low, we sent a clear message to members of congress that there is an urgent need for solutions to ease the nation’s affordability woes,” Ugalde said.

According to HUD, the new Council will be composed of members from eight Federal agencies, intended to engage with State, local, and tribal leaders across the country to identify and remove the obstacles that impede the production of affordable homes, “namely, the enormous price tag that follow burdensome government regulations.”

“The [National Association of Home Builders] applauds President Trump for making housing a top national priority. With housing affordability near a 10-year low, the president’s executive order on this critical issue underscores that the White House is ready to take a leading role to help resolve the nation’s affordability crisis,” said Greg Ugalde, Chairman of the National Association of Home Builders.”

According to HUD, the construction of new homes has not kept pace with new household formations, because more than 25% of the cost of a new home is the direct result of Federal, State, and local regulations. Among the Council’s responsibilities, is to identify policies that artificially increase the cost of homeownership and reduce regulatory burdens.

“Thousands of experience firsthand, the latest innovations in our industry, and how this tech will make housing more affordable,” Ugalde said.

Previous: The Impact of the Jobs Report on Interest Rates
Next: Economic Fallout Ahead From California’s Housing Market?