Home >> Daily Dose >> Competition for Homes Dwindling Across the Nation

Competition for Homes Dwindling Across the Nation 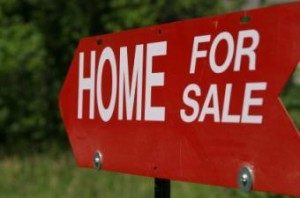 Redfin reports that just 12% of offers faced a bidding war in June 2019, which is a 52% decrease year-over-year.

The report added that despite the cooling, San Francisco, California, was the competitive metro in June, with 28% of offers written by Redfin agents faced a bidding war. Redfin states this was down 65% year-over-year, and 35% from May 2019.

San Francisco was followed by San Diego, California, (19%) and Boston, Massachusetts, (17%). According to the report, no other metro saw more than once-in-six offers face competition in June.

“Bidding wars are still somewhat common in San Francisco, mostly at price points around $1 million, which is relatively inexpensive for the city, but enough to buy a modest house in a number of neighborhoods,” said Redfin San Francisco listing agent Chris Jurach. “Once you get above around $1.25 million, buyers are being more selective, leading to fewer bidding wars in those upper price ranges.”

San Francisco Redfin agent Gabrielle Bunker said for the most expensive of available homes, it takes “the perfect” to see a bidding war.

“Homes that are not well-prepared and staged—even if they have only minor flaws like chips and dings in hardwood floors and walls—are not receiving multiple bids any more,” Bunker said.

“With low mortgage interest rates luring more homebuyers off the sidelines as supply dwindles, we’re likely to see competition pick back up, especially for the most affordable homes and neighborhoods, where inventory is limited and buyers are most rate-sensitive,” said Redfin Chief Economist Daryl Fairweather. “At Redfin, we’ve been seeing increases in the numbers of homebuyers starting their searches and going on home tours following the latest mortgage rate drops.”