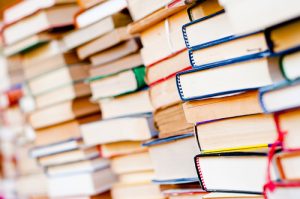 Although home values have risen in recent years, Zillow reports that the average home in 36 of the nation’s 50 largest metros are affordable to households that an average income associated with only a high school diploma.

The report also reveals that median-price homes in Oklahoma City, Oklahoma, may not require income associated to a high school diploma to be affordable.

With mortgage rates falling to multi-year lows, monthly payments are lower for those who can afford a down payment. Down payments, though, remains a challenge as home prices have grown faster than incomes over the past several years. A recent report by Zillow found that buyers need 1.5 year longer to save for a 20% down payment on the average-priced home than 30 years prior.

First-time buyers are especially challenged in this area, as Zillow data shows that 46% of a typical down payment comes from the savings for first-time buyers, compared to 35% for repeat buyers.

The National Association of Home Builders (NAHB) reported in May that the price of a home remains the biggest hurdle to homeownership, as 46% of potential home buyers are having trouble finding an affordable home.

"The influx of highly educated workers into already-expensive metros with stagnant or slow-growing inventory has made it difficult for those with less education and earning potential to enter those markets," said Skylar Olsen, Director of Economic Research at Zillow. "There can also be considerable variation within metros. While a bachelor's degree may be enough to afford a mortgage on the typical home in the San Diego (California) metro at large, it's likely to be insufficient in pricey areas like La Jolla (California). And that's only after scraping together a sizable down payment, which is a huge hurdle for most buyers."

Previous: Analyzing the Impact of Wildfires on Housing
Next: Hurricane Barry to Hit the Gulf Coast