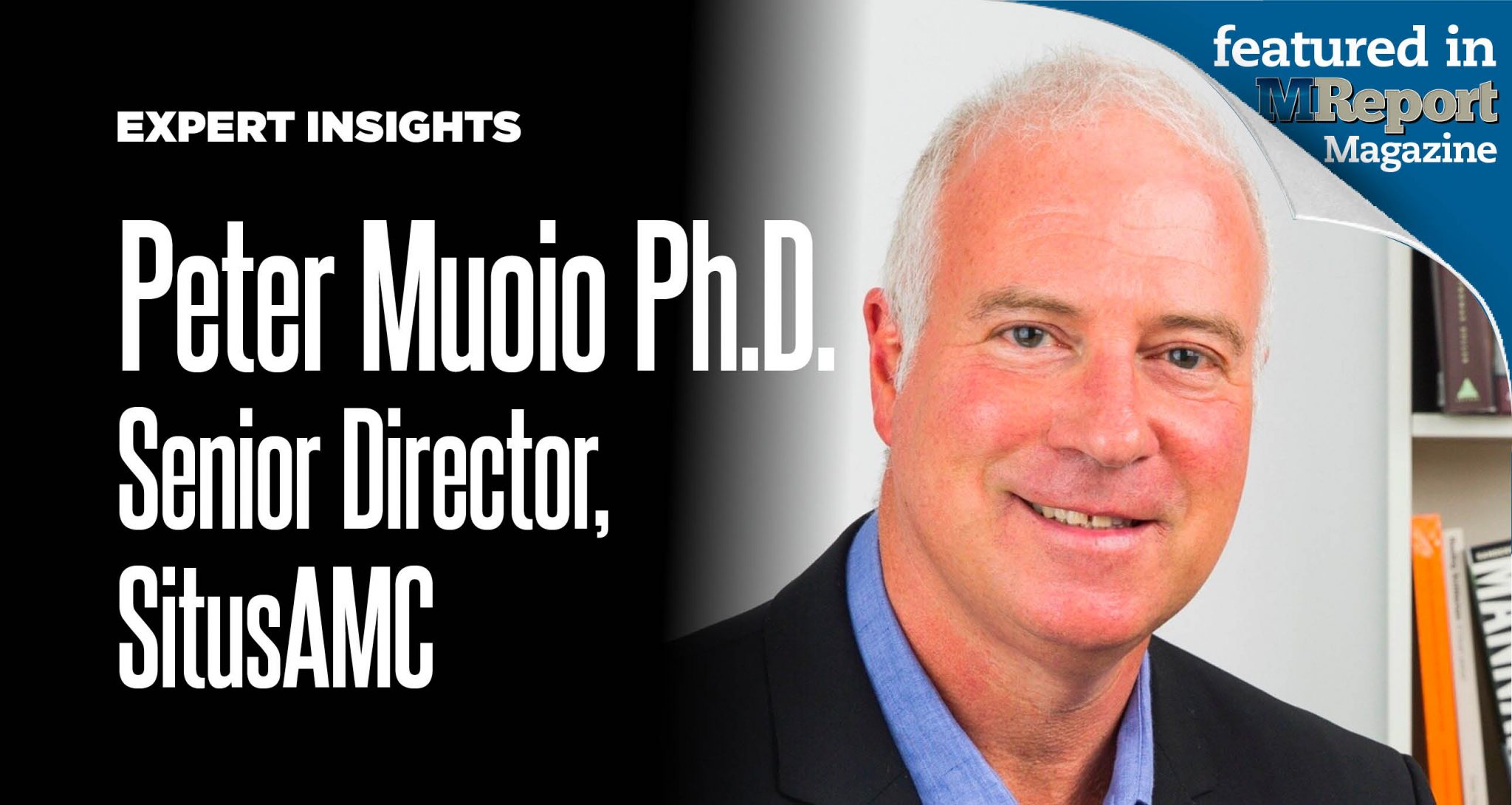 Peter Muoio, Ph.D., is head of SitusAMC’s Insights division, a provider of technology and services to the real estate finance industry. He has over 30 years of research and analytics experience in the commercial real estate industry. Dr Muoio’s previous roles include Chief Economist and Head of Data Insights at Ten-X Commercial, head of CW Capital’s research group, and Global Head of Real Estate Research at Deutsche Bank. He has a doctorate in economics from Duke University.

Speaking with MReport, Dr. Muoio examines how the global health crisis is impacting the economy and the housing market, with a focus on New York as a test case.

How has the pandemic impacted New York?
Dr. Muoio: As a native New Yorker and someone who spends significant time in the city, I’ve had a firsthand view on the devastating impact COVID-19 had on New York and the people who call the city home. People have been moving away from gateway cities like New York for some time, but the pandemic really accelerated the trend. It’s expensive to live here, and the pandemic has shut down large portions of the city. As a result, the five-year outlook for the city is weak.

However, it’s not the first time New York has suffered a mass exodus. Every few decades, New York goes through what has been called “Death of a City.” But New York recovered, and it probably will again. In fact, because rents have fallen dramatically, many people and companies who were previously unable to afford living or starting a business in the city will now take another look at New York.

Is this part of a larger trend?
Dr. Muoio: It seems so. As I mentioned, other gateway cities, like Chicago and San Francisco, are seeing an exodus of people as well. Most large cities are suffering. According to data collected for our SitusAMC Insights Heat Map, which measures the economic outlook for 50 U.S. markets, we found that the largest metropolitan statistical areas (MSAs) in every region except the Southeast had a worse economic outlook than smaller metros. Chicago, Detroit, Los Angeles, and Houston were particularly weak.

So, while it may not be “Death of a City,” what does this mean for the nation’s largest metros?
Dr. Muoio: Urban areas got a little bit soiled during COVID-19, and it certainly is going to be a long haul back. Currently and over the next several months, many U.S. businesses will have to figure out their in-office versus work-from-home strategies. That’s going to have an unknown but potentially significant impact on office leases, as just one example. However, during the past couple months, high-density cities have bounced back faster than analysts were expecting. We are already seeing homegrown retail emerging as entrepreneurs respond to lower rents and leasing flexibility to jump in and start new businesses. My own anecdotal experience is street life in New York is increasing dramatically, Broadway and arts venues are re-opening, and that will bring back tourists. Speaking to restaurateurs, I hear a major hurdle now is staffing their expanded or newly opened sites. The street life of New York now has a whole new feel from the curbside dining constructed during the pandemic. I believe all of this will lead to the next wave of urban vitality.

Are there particular groups of people who will have an outsized impact on the big cities?
Dr. Muoio: Historically, immigration has always had a larger impact on big cities than the suburbs. In fact, it’s how large cities grew. But immigration really ratcheted down with the prior administration. With the recent change in Washington, however, we may see this trend reverse with a more open approach to immigration. In fact, the Biden administration has already announced it would ease restrictions on student visas for students in China and half a dozen other areas. These new U.S. residents will be spending money.

Another group that has had a huge impact on big cities is millennials. Generally speaking, younger people are more interested in culture and the city lifestyle than starting a family. However, as they began to marry and have children, being cooped up in an apartment 24/7 with their young children can make urban living lose some of its appeal. So, they too may start looking at the more affordable suburban areas or suburb transit hubs.

Which big city has fared the best based on your heat maps?
Dr. Muoio: The big city with the best overall economic outlook is Atlanta. Compared to other metros, Atlanta has the fourth most Fortune 500 companies in the country. Housing and utility expenses are lower than the national average, too. However, the top MSA in the nation right now is the Riverside-San Bernardino-Ontario area in Southern California, also known as the Inland Empire. As housing costs in LA have increased, residents are moving east to seek more affordable rents, which is boosting the economy.

Which big city has the toughest outlook?
Dr. Muoio: San Francisco has a significantly tough road ahead. Several large tech companies, including Hewlett Packard and Oracle, are leaving due to high real estate costs. So are the region’s tech workers, who are moving to more desirable locations to work from home.

That being said, while weak, the outlook for San Francisco is improving. There are still a lot of benefits to living in a big city like San Francisco, including the wide range of shopping and entertainment options, access to higher education and job opportunities. If you look at San Francisco from its founding through to today, it has seen a series of booms and busts. To a certain extent, big cities and city living in general will always have their appeal.