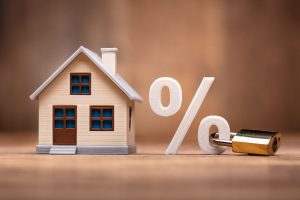 The data analysts at Black Knight report that, after two consecutive months of declines, mortgage rate lock activity picked up in June—purchase and cash-out refinance originations increased at a rate of 6% and 10%, respectively. Overall rate lock volume was up 3.9% in June, though locks on rate term refinances continued to fall (by -4% in June).

"After an initial rise following the Fed's policy meeting in mid-June, Black Knight's OBMMI daily interest rate tracker shows rate offerings settling in the second half of the month and now sitting roughly equivalent to where they were at the same time in May," Happ said. "Following two consecutive months of declines–and during the typical seasonal peak for purchase lending, no less—overall locks climbed in June. Both purchase and cash-out refinances were up, but refis in which the homeowner improves their rate or term continued their downward slide, despite rates returning to levels last seen in early March. Such rate/term refis are now down 30% from that point and 60% since January."

According to the originations report, the month's pipeline data showed that overall rate locks were up 3.9% from May, with a 6% rise in purchase locks and a more pronounced 10% jump in cash-out refinance locks.

The purchase lock rise, researchers point out, also comes after two consecutive months of declines, with May's drop primarily due to the short month.

While the volume of purchase loan locks per day was down a bit from May, they rose for the month due to the three additional business days in June, putting purchase activity just 5% behind March's record high. On the other hand, locks for rate/term refinances were down 4%, causing the refinance share of the market mix to drop again, accounting for just 43% of June's origination activity.

"A recent Black Knight analysis found that borrower behavior and market make-up is changing in the face of continued, record-breaking home price appreciation," Happ said. "This tracks with the continued, growing jumbo share of lending in the market and the decline in the conforming share a result. Indeed, the conforming share of lending is down nearly 750 basis points from last year. With rates holding steady and purchase lending strong, additional growth in home prices may extend this trend further." 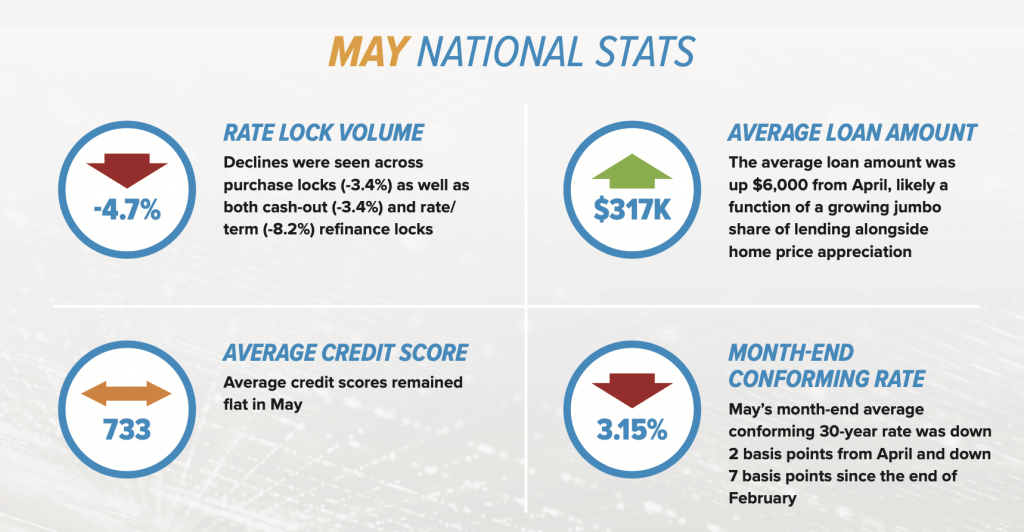