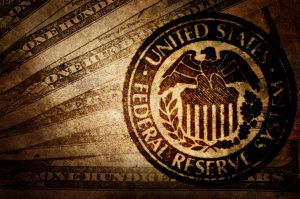 Janet Yellen, Chair of the Board of Governors of the Federal Reserve, completed the second day of her semi-annual testimony to the Senate on Thursday, and fielded questions from Congress in regard to housing and banking, including her thoughts on proposed regulatory reform.

Senator Mike Crapo (R-Idaho), released a pre-prepared statement in the morning expressing expectations for the hearing, which set the stage for Yellen’s testimony.

“Today we will receive testimony from Federal Reserve Chair Janet Yellen regarding the Fed’s semiannual report to Congress on monetary policy and the state of the economy. Since the last Humphrey-Hawkins hearing in February, there have been numerous developments that will impact economic growth legislation. Particular interest has been focused on finding bipartisan solutions to tailor regulations, change the SIFI threshold, exempt certain firms from stress testing, fix the Volcker Rule, and simplify small bank capital rules.”

Yellen was indeed asked to convey her opinions on Dodd-Frank reforms and how she best thought to change the Volcker Rule. Some members of Congress, including Chairman Crapo, believe that what they see as arbitrary thresholds—most specifically, the $50 billion SIFI threshold—make it difficult for smaller banks to do business. The suggestion has been presented in the past to raise that threshold to an indexed $125 billion, or even remove a monetary threshold and concentrate on a business model based regulatory approach. In response, Yellen said:

“We’ve already said that we would favor some increase if Congress sticks with a dollar threshold that we would support some increase in the threshold. An approach that is based on business model or factors is also a workable approach from our point of view, conceivably. Some of the enhanced standards should apply to more firms with lower levels of assets and others with higher levels. I think that either type of approach is something we could work with.”

Yellen was also pressed about the Volcker rule, which prohibits banks to make certain types of speculative investments, and whether or not she thought it worked.

“The [Volker rule’s] goal is [one] in which I agree, and to permit market making. The implementation of it has been very complex and burdensome. We’ve suggested that community banks be exempt from it entirely. I wouldn’t [completely] get rid of it. I believe the Treasury report suggests maintaining their restriction on proprietary trading and depository institutions. So, I wouldn’t get rid of it, but I would look for ways to simplify it.”

Yellen did, however, agree with the committee’s assessment that housing plays an important role in economic health.