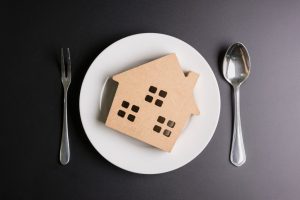 First-time homebuyers spend their money differently than experienced homebuyers after they move, according to a new study conducted by the National Association of Home Builders (NAHB).

Using data from the Consumer Expenditure Survey gathered by the Bureau of Labor Statistics, the NAHB found that homebuyers that were new to the home buying market had the highest average expenditures for both appliances and furnishings, and outspent experienced homebuyers and nonmoving homeowners in both these categories.

The only category in which existing homebuyers outspent new homebuyers was in alterations and repairs—which was an average of $4,085. New homebuyers only spent $3,729 on repairs and alterations, but were more likely to outspend their experienced counterparts when it came to outside projects, such as fencing, a new driveway, or a new walkway. Nonmoving homeowners spent more annually on repairs and alterations than appliances and furnishings combined. Collectively, however, nonmoving homeowners drive most of the demand, and spend the most money, on appliances, furnishings, and repairs, but only because there are more nonmoving homeowners in a given year than there are homebuyers, whether first-time or experienced.

Previous: Diversity: The Thing Homeowners All Have in Common
Next: Unlike Anything Seen Before