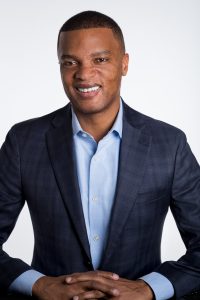 U.S. Bank has announced the addition of Tendayi Kapfidze as its new Head of Economic Analysis.

Kapfidze is currently a member of the Editorial Advisory Board of DS News.

“Tendayi has great expertise and a strong track record in macroeconomic and financial analysis,” said Jennifer Thompson, EVP, Investor Relations and Economic Analysis for U.S. Bank. “We’re excited to have him at U.S. Bank and continue to build on the foundation we have in place.”

Kapfidze most recently served as Chief Economist at Lending Tree. During his time there, he was responsible for analysis of the U.S. economy, with a focus on housing and mortgage trends. He frequently helps consumers understand the economy through media appearances and interviews in outlets including The New York Times, The Wall Street Journal, USA Today, Yahoo! Finance and CNBC. He previously held senior economist roles at Pfizer, Ally Financial, and Bank of America.

Kapfidze received a bachelor’s degree in engineering management from Saint Louis University and his master’s in applied economics from Johns Hopkins University.