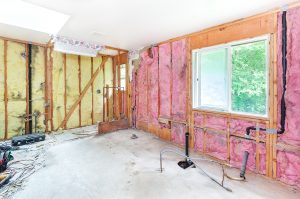 The National Association of Home Builders (NAHB) released its latest Remodeling Market Index which covers the second quarter of 2022.

As of this quarter, confidence has declined 10 points to a score of 77 when compared to the second quarter of 2021.

“Although most remodelers across the country are still positive about the market, a growing number are starting to experience symptoms of a slowdown,” said Kurt Clason, NAHB Remodelers Chair , a remodeler from Ossipee, N.H. “Some customers are showing a reluctance to go forward with projects due to the higher costs and delays associated with material shortages, as well as higher interest rates.”

The survey asked respondents to rate five components of the remodeling market as “good,” “fair,” or “poor” which are then ranked on a scale of 0 to 100.

“The Current Conditions Index is an average of three components: the current market for large remodeling projects, moderately-sized projects and small projects,” the NAHB said. “The Future Indicators Index is an average of two components: the current rate at which leads and inquiries are coming in and the current backlog of remodeling projects. The overall RMI is calculated by averaging the Current Conditions Index and the Future Indicators Index. Any number over 50 indicates that more remodelers view remodeling market conditions as good than poor.”

“The RMI remains firmly in positive territory above 50 but has declined on a year-over-year basis, particularly the RMI component for large remodeling projects over $50,000,” said Robert Dietz, NAHB’s Chief Economist. “This suggests some weakness in the market and is consistent with NAHB’s projection that residential remodeling spending, like new residential construction, will be down in 2022. However, NAHB’s forecast continues to have remodeling outperforming single-family construction in 2022 and 2023 in terms of growth rates.”