Giving a Hero a Place to Call Home 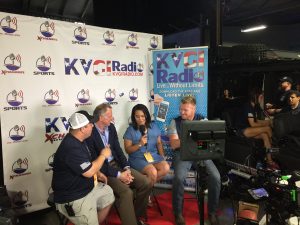 Artificial turf, big screens, football players—not the standard surroundings for mortgage companies to make an impact. The National Fantasy Football Convention (NFFC) took place Saturday in Dallas with majority of goers clad in Dallas Cowboy’s jerseys and hats, some in giant helmets and foam fingers. However, it wasn’t the fans or even the famous Cowboy’s players that everyone’s attention was on. It was Erica Corley, an Army veteran and single mother of two, who was presented with a mortgage-free home.

Corley took the stage alongside Operation Homefront President and CEO John I. Pray, Jr., Brig Gen, USAF (Ret) and Five Star Institute President and CEO Ed Delgado to receive the keys to her new home. Operation Homefront, a national nonprofit whose mission is to build strong, stable, and secure military families so they can thrive, partnered with the Keys for Life program, an initiative of the Five Star Institute, and JPMorgan Chase, who donated the home. When asked what this home meant to her, Corley had one word that encompassed all of her feelings: “everything.”

“This puts me so far ahead of the game,” Corley said. “I made a lot of sacrifices—doing the traveling, being gone—so after being gone for so long, there wasn’t a home to come back to.”

Corley explained that as a single mom, she poured everything into her children. Now, instead of starting brand-new and having to sacrifice more in order to get her family where they need to be, they now have a house to come home to every day and that is extremely overwhelming. 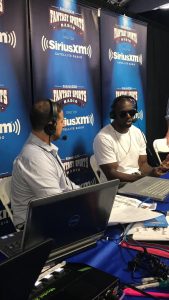 ompanies heard of the home donation and immediately wanted to reach out in support. Corley received over $5,000 in gift cards from ALAW, Clarocity, Nationstar Mortgage, Oversite Data Services, Truly Noble Services, ZVN Properties, and an anonymous donor.
“When you think about helping a family thrive in their communities, it’s about homeownership and getting that family into that community and that’s why Erica was selected,” said John I. Pray, Jr., Brig Gen, USAF (Ret). “It wasn’t simply because there was a need, because there’s a need from so many of our veterans, but she was absolutely the right fit to be in this home in this community and allow her to establish the roots that will allow her to take care of her family.”

Not only is this home something that will give Corley’s family an opportunity to grow presently, John I. Pray, Jr., Brig Gen, USAF (Ret) explained that it also allows her to pass down that equity and all the things that come along with homeownership to her children. It will make a life changing, generational impact.

“It’s incumbent upon all of us as Americans to realize the amazing work that our veterans and their families have done for all of us,” John I. Pray, Jr., Brig Gen, USAF (Ret) said. “They have protected the freedoms that we all get to enjoy daily and when they come back home to their communities, they need help. We as Americans and as a large community should band together and take care of those that have done so much for all of us.”

Since 2010, the Five Star Institute has supported the presentation of over 50 mortgage free homes to veterans under their Keys for Life (KFL) program. In 2015, KFL teamed up with Operation Homefront to continue the tradition. 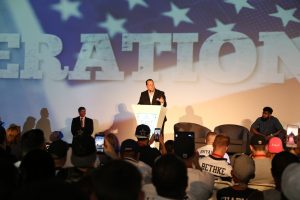 "It is a privilege to recognize our veterans for their service to our nation,” Delgado said. “Far too often we take for granted the
blanket of peace and safety we enjoy as a nation. Ensuring that those who have sacrificed to protect our freedom are properly cared for upon returning home should be a duty for all Americans.”

Delgado in conjunction with Operation Homefront will have the pleasure of
presenting five additional veterans with mortgage-free homes at the Keys for Life Dinner and Concert held at the Five Star Conference, September 18-20.

Players such as Jonny Manziel, Terrell Owens, and Charles Haley were also in support at the event.

“They deserve it all, they are out there putting their life on the line so we can do what we do,” said Dallas Cowboys Fullback Keith Smith who was one of the current NFL players featured at the event. “They’re the real superstars.”