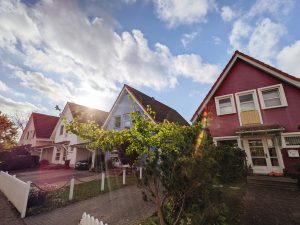 First American Financial Corporation has released its Potential Home Sales Model for the month of June 2021, which found that potential existing-home sales increased to a 6.34 million seasonally-adjusted annualized rate (SAAR), a 0.2% month-over-month increase. This total represents an 81.9% increase from the market potential low point reached in February 1993.

The market potential for existing-home sales increased 17% compared to one year ago, a gain of 922,000 sales. The year-over-year comparison is large this month because economic activity in June of 2020, including the housing market, was significantly curtailed due to the pandemic. Housing rebounded sharply in the summer. Currently, potential existing-home sales is 447,354, or 6.6% below the pre-recession peak of market potential, which occurred in April 2006.

First American found that the market for existing-home sales outperformed its potential by 5.8% or an estimated 366,184 (SAAR) sales. The market performance gap increased by an estimated 118,285 (SAAR) sales between May 2021 and June 2021.

That shortfall is forcing more prospective homebuyers out of the market, as higher prices have come into play with bidding wars being waged on the limited supply.

“The average length of time a homeowner lives in their home reached another historic high in June, according to First American Data & Analytics data, resulting in approximately 11,000 fewer potential home sales,” said Fleming. “Since existing homeowners supply the majority of the homes for sale and homeowners are living in their homes longer than ever and thus not selling, the housing market faces an ongoing supply shortage.

“Before the housing market crash in 2007, the average length of time someone lived in their home was approximately five years,” said Fleming. “The most recent data shows that the average length of time someone lives in their home reached 10.62 years in June 2021, an historic high. A number of factors are contributing to homeowners staying in their homes longer, including seniors aging in place, some homeowners feeling rate-locked into their homes, and homeowners afraid to sell because there isn’t anything better for them to buy in a limited inventory market. On a year-over-year basis, the length of time homeowners live in their homes increased 3.8%, resulting in approximately 160,000 fewer potential home sales. Clearly, a lack of supply is depressing the market potential for existing-home sales.”

One force that can drive these potential homebuyers off the sidelines is the continued drop in mortgage rates. Last week, the 30-year fixed-rate mortgage (FRM) dipped to 2.88%, according to Freddie Mac’s latest Primary Mortgage Market Survey (PMMS). A year ago at this time, the 30-year FRM averaged 2.98%.