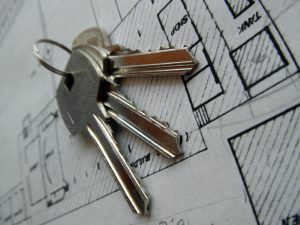 The latest Primary Mortgage Market Survey (PMMS) from Freddie Mac shows that the 30-year fixed-rate mortgage (FRM) averaged 2.78% for the week, down 10 points from last week when it averaged 2.88%. A year ago at this time, the 30-year FRM averaged 3.01%.

“Concerns about the Delta variant, and the overall trajectory of the pandemic, are undoubtedly affecting economic growth,” said Sam Khater, Freddie Mac’s Chief Economist. “While the economy continues to mend, Treasury yields have decreased, and mortgage rates have followed suit. Unfortunately, many homebuyers are unable to take advantage of low rates due to low inventory and high prices.” 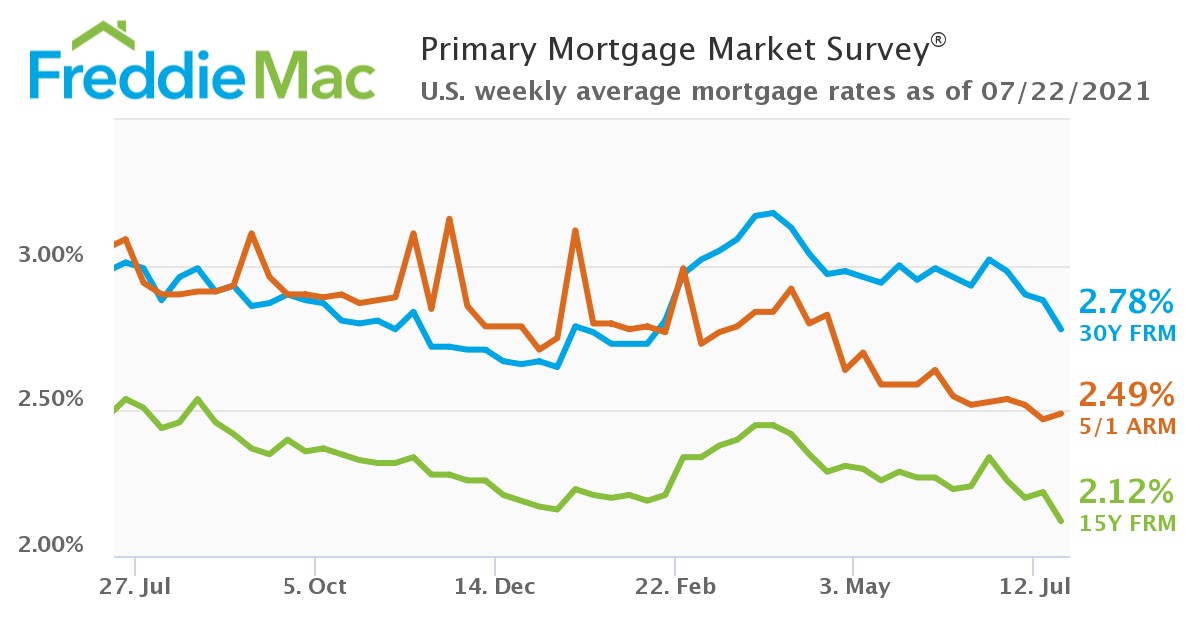 A rise in unemployment numbers this week was one of the factors that stunted economic growth, as the U.S. Department of Labor reported that for the week ending July 17, the advance figure for seasonally adjusted initial unemployment claims was 419,000, an increase of 51,000 from the previous week's revised level. The previous week's level was revised up by 8,000 from 360,000 to 368,000.

For the week ending July 16, 2021, the Mortgage Bankers Association (MBA) reported that mortgage applications decreased 4.0% over the previous week. And while rates are continuing to plummet to all-time lows, record-high asking prices remain a deterrent to affordability.

"Even with mortgage rates dropping, purchase and refinance applications declined this week. Closing costs and Fannie/Freddie’s 'adverse markets refi fee' have made refinancing less attractive for homeowners," said Realtor.com Senior Economist, George Ratiu. "However, the recent announcement that the fee will be eliminated on August 1, might help with transactions over the next few weeks. Meanwhile, buyers remain boxed-in by high prices, tight inventory and escalating inflation, which is taking a bigger bite out of their monthly paychecks. Americans are spending more on everything from food and utilities, to new and used cars and trucks, and from airfare and hotels to restaurant meals, leaving less available funds for housing. At today’s rate, the monthly mortgage payment for a median-priced home is $109 higher than the same time in 2020.”

A recent analysis from Redfin found that asking prices of newly listed homes were up 12% from the same time a year ago to a median of $361,700, up 0.5% from the four-week period ending July 4.

Housing inventory did see a slight recovery in June, as the latest Zillow Real Estate Market Report found that the market may be on the road to rebalancing after a long stint of being heavily in sellers' favor. Housing inventory saw a 3.1% improvement in June, following a 3.9% increase in May, as overall inventory now stands at 29.2% below 2020 levels. However, inventory remains low, and demand is still strong, sending home value appreciation to new record highs for both monthly and annual growth.

Bidding wars continue on the limited supply, as all-cash offers above the asking price continue to shun homebuyers from jumping in to take advantage of sub-3% rates. Redfin found that nearly one-third (30%) of U.S. home purchases in 2021 were paid for with all-cash, up from 25.3% during all of 2020, representing the largest share since 2014, when 30.6% of homes were purchased with all cash.

And while new home purchases are on the decline, refis remain strong as the MBA reported that the refinance share of mortgage activity increased to 64.9% of total applications, up from 64.1% the previous week.

“These declining rates provide yet another opportunity for homeowners to save money on their monthly mortgage payment through a refinance,” said Khater.