Home >> Daily Dose >> 10 Metros With the Greatest ROI for Homeowners

10 Metros With the Greatest ROI for Homeowners 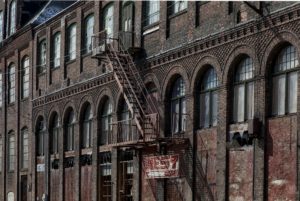 It is widely understood and accepted that a car loses value the moment you purchase it. However, when it comes to a home, we expect and hope that it will appreciate in value over the length of time we own it. For many, that return can go a long way toward purchasing their next home or toward retirement. Of course, the size of that return varies widely across the nation.

“Picking a place where home prices will continue to surge in the long term is one part science, one part dogged research, and one part blind, dumb luck,” according to  Realtor.com, which set out to find the markets serving up the greatest return on investment (ROI) for homeowners.

All of the top 10 earning metros are bringing homeowners double-digit annualized returns, it found.

At the top of the list, earning a 14 percent annualized return is Bridgeport, Connecticut, where the median list price is $789,100. Detroit, Michigan; Seattle, Washington; San Jose, California; and Palm Bay, Florida were the top five profitable cities with an ROI of 12 percent.

The study indicated that San Jose’s housing market that has been bolstered by the tech industry has vacant lots now selling in the $1 million range and a median home price at $1.24 million. Seattle likewise has experienced an influx of affluent tech employees creating stiff competition for housing and lifting the median list price to $582,400.

With an ROI of 11 percent, Denver, Colorado, and Providence, Rhode Island was placed sixth and seventh on this list. They were followed by Boston, Massachusetts; Nashville, Tennessee; and Portland, Oregon, all registering a 10 percent ROI for homeowners.

For those who can’t quite make ends meet in Seattle or San Francisco, Portland has been a haven, according to realtor.com, but home prices here are climbing quickly. The study found that Portland’s home prices have risen 56 percent from 2010 to 2017, bringing today’s median list price to $477,500.

“Homeowners who rode out the bad times are starting to see the rewards,” according to the study. The median home price in the city in 2012 was just $108,800. Today it is $260,000, and homeowners are seeing 12 percent annualized returns.

Similarly, after widespread foreclosures during the housing crisis, Florida’s housing market is rebounding, in part due to demand from retiring baby boomers. Palm Bay residents are raking in 12 percent annualized returns, and the market’s median list price is currently $270,000.

Realtor.com completed its report relying on home sales data from the past 12 months and limiting its top 10 list to no more than one metro per state.