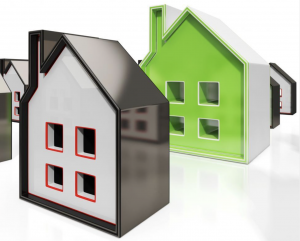 Real estate economists expect house prices to accelerate less quickly and even begin to decrease in the coming weeks, as more owners place their homes on the market.

"Like a slow-turning ship," the supply side of the housing market is slowly gaining momentum, as analyst Tim Ellis of Redfin puts it.

Redfin economist Daryl Fairweather says that just as buyers are pulling back, more listings are hitting the market.

"I’m optimistic this will create conditions for a little bit of rain in this inventory drought. A homeowner who is thinking of selling to buy again is going to have a much easier time than they would have back in March," she said. "That’s because it’s becoming less competitive to buy and it is still a historically good time to sell.”

During one week ending July 18, almost 5% of listings saw price drops, a number on par with 2019 levels.

Price drops are more common in places such as Phoenix, Austin and Bend, Oregon, Redfin reports, where prices rose the fastest due to an inflow of Californians during the pandemic.

Overall, prices did continue to rise, that is in part due to mortgage rates hitting their lowest level (2.8%) since February this past week.

Interest in homebuying seems to be increasing in recent weeks based on Redfin's Homebuyer Demand Index, which remains higher than one year ago. Redfin points out increased real-estate-related Google searches as well as more home tours happening in the first half of the year.

What follows are some more key takeaways from Redfin's report, which is available in full at Redfin.com.

2021-07-23
Christina Hughes Babb
Previous: The Week Ahead: Home Valuations and Racial Disparities in Housing
Next: Jerry Mauricio to Head Up Compliance Efforts at Freddie Mac