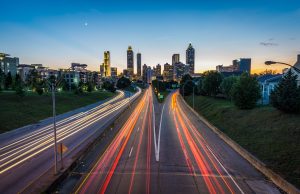 The widespread telework trend is changing lives of remote workers and commuters alike as traffic patterns in busy metropolitan areas transform. As a result, the importance of—and premium on—living within a short drive to the office also is shifting.

Remote work trends meant more homeowners could relocate to desirable regions regardless of their company's home base. Affluent households living in San Jose, California, for example, perhaps took their money to, say, Boise, Idaho, settling into the comfort of wide-open spaces both in- and outdoors. Some, spending too much of their monthly paycheck on housing, moved to more affordable locales—closer to city centers in some areas.

Real estate pros now refer to this migration of homeowners as a "great reshuffling" of people. And even as light shines at the end of the pandemic tunnel, the movement has gained momentum and shows little sign of reversing. Zillow's researchers teamed with traffic-data analysts at HERE Technologies  to examine how it's all affecting home prices across the country.

A short commute to work, according to research from Zillow, historically has come with a hefty price tag. That's changing.

Home values within a short commute of the country's biggest downtown job centers are growing more slowly than those farther out, Zillow shows. Homes within a 10-minute commute of a metro's downtown job center are among the most expensive in 18 of the 35 metros included in the analysis, but, according to Zillow, nine of those areas have recorded the fastest growth since 2017, and now, only three of those areas show the fastest-growing prices. In 11 of those 18 areas, now, Zillow is seeing the slowest home-price acceleration in the nation, and a few of those even recorded declining home prices.

A home with a 10-minute commute in New York is down $73,673 from 2019, and a home with the same commute in Boston is $21,175 less. Zillow: "While these metros are geographically diverse and have wildly differing price points, the trait they share is that home values are most expensive near downtown and generally decrease the farther away a property is located."

It's a little different in metros where home values in the urban core have typically been lower than in the suburbs where home values are trending up near downtown. For example, a home within a 10-minute commute of downtown Detroit is now $101,228 more expensive than it was in 2019, and the price of living within a 10-minute commute of downtown Indianapolis has grown $54,025 over the same period.

While these two forces seem to be in opposition, they are really "two sides of the same coin," real estate economists say. The rise of remote work means a lower premium on the short commute, but city centers that are less expensive than nearby suburbs are attracting those seeking affordability.

"Americans are searching for a combination of affordability and more space, whether that's outdoor space or an extra bedroom to turn into a home office," Zillow economic data analyst Nicole Bachaud explains. "In expensive, dense markets, that usually means a home farther out from the downtown core, which is more palatable when you don't need to commute every day, if at all. In more sprawling metros, buyers are flocking to less expensive downtown cores, bringing a renewed interest to these city centers."

And the telework trend is changing things even for those who cannot work from home, because fewer workers driving into offices means changes for all commuters. Traffic Data Scientist Kyle Jackson, of HERE Technologies, says the pandemic significantly impacted roadway congestion levels, traffic patterns and the timing of traditional 'rush hours' across America.

"Remote work flexibility has contributed to morning rush hours being less congested and, in some markets, morning rush hour moved 60 minutes later," he said. "While highway traffic congestion plummeted in the early stages of the pandemic and is now rising rapidly across the country, local streets have been much less affected. Traffic levels have stayed stable at around 80% of pre-COVID levels since fall 2020. These traffic trends will be critical to examine as communities continue the Great Reshuffling."

To track said statistics, Zillow and HERE have provided an interactive map showing home value changes from 2009 to 2021 based on commute time in each of the 35 markets included the analysis.

The researchers point out that home prices everywhere are rising, in some places regardless of commute time—in the markets that saw the most net inbound moves in 2020—Phoenix, Charlotte and Austin—all home values are growing quickly, as buyer demand drives up prices all around.

The full report is available on Zillow.com.