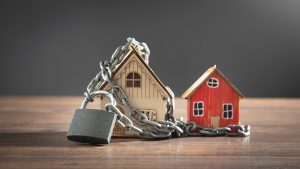 Quicken Inc. recently conducted a poll indicating that the combination of inflation, rising interest rates, and market volatility is having a deep impact on the plans of the nation’s consumers and their long-term purchases.

"In these uncertain financial times, having a clear picture of your finances is more important than ever," said Quicken CEO Eric Dunn. "This knowledge can help you understand your options for adjusting your spending so that you can stay on track to meet your long-term financial goals."

People who were planning to rent a new apartment or buy a new home cite that the following are impacting their desire/ability to move:

Of those planning to move in the next 24 months, 37% plan to move to a less expensive location. 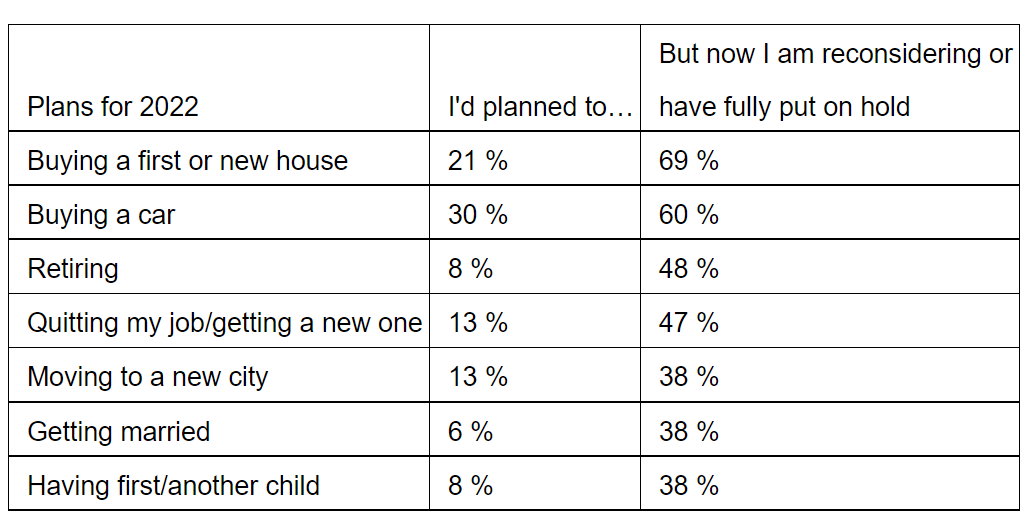 In addition to the hurdles Americans are facing at the gas pumps and in the aisles of the grocery store, Freddie Mac has reported that the 30-year fixed-rate mortgage (FRM) has risen once again, hitting 5.51% last week and floating between the 5.5% and 6% mark.

The rise in rates also has been impacting overall mortgage application volume, as the Mortgage Bankers Association (MBA) reported volume dropping to a 22-year low, falling yet again 6.3% week-over-week.

"Mortgage applications declined for the third week in a row, reaching the lowest level since 2000. Similarly, with most mortgage rates more than two percentage points higher than a year ago, demand for refinances continues to plummet, with MBA’s Refinance Index also falling to a 22-year low,” said Joel Kan, MBA’s Associate VP of Economic and Industry Forecasting. “Purchase activity declined for both conventional and government loans, as the weakening economic outlook, high inflation, and persistent affordability challenges are impacting buyer demand. The decline in recent purchase applications aligns with slower homebuilding activity due to reduced buyer traffic and ongoing building material shortages and higher costs.”

Quicken reports that beyond impacting major purchases, current market conditions are also forcing Americans to alter their day-to-day spending, with lower-income Americans feeling the pinch most acutely. The pain in the bank account was reported as widespread, with two-thirds of those polled (66%) having to cut back on driving, and 63% citing having to cut back on eating out. Fifty-two percent said they cut back on the foods they regularly buy. Meanwhile, just 9% of respondents in the Quicken poll said inflation was not impacting their financial situation. At least 27% of consumers say they had already cut back on necessities, such as housing and food in the past two years, trying to build their savings. For some respondents, 47% reported that savings helped build up an emergency fund, while others were more hopeful for a return on their investment, with 22% looking to invest in the stock market.

And despite alleviation in the options that most have in terms of inventory, home shoppers are finding a rebound in inventory, as Zillow found that intensifying affordability challenges are thinning competition from a crowded field, and giving newfound leverage to those who remain.

With many re-thinking that the time may not be ideal to jump into the market, for those who are on the precipice of a home purchase, the timing just may be right.

"Those who can weather this storm of rising costs are having an otherwise less stressful buying experience compared to the pandemic-fueled rush on real estate in 2021. They have more options to tour, more time to find the right house, and are less likely to face a bidding war," said Jeff Tucker, Senior Economist at Zillow. "But despite this initial move toward rebalancing, the market is still less buyer-friendly than the pre-pandemic norm in most of the country. Home seekers who are priced out today are eagerly anticipating drops in prices or mortgage rates so they can step back into the ring."