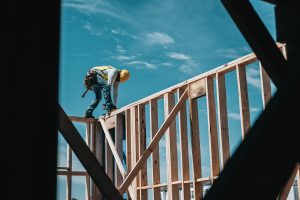 “Some of the slowing in the sales pace likely reflects a move toward normalization in homebuying demand following the pandemic-related surge,” said Doug Duncan, Fannie Mae’s Chief Economist. “A recent measure of homebuilders’ sentiment revealed a pullback in the buyer foot traffic metric, which reached the lowest level in nearly a year, while the June 2021 Fannie Mae Home Purchase Sentiment Index showed a further increase in the share of respondents indicating it’s a bad time to buy a home. We believe many of the past year’s buyers likely pulled forward their intended purchases to take advantage of low mortgage rates and remote working opportunities, while stimulus checks provided down payment support.”

The Census Bureau and HUD report also found that the median sales price of new houses sold in June 2021 was $361,800, with the average sales price was $428,700. The seasonally‐adjusted estimate of new houses for sale at the end of June was 353,000, a supply of 6.3 months at the current sales rate.

“With existing homes scarce over the last 15 months, new homes have been a relatively more abundantly available option for homebuyers,” said Realtor.com Chief Economist Danielle Hale. “As more existing home sellers return to the housing market, builders may have to compete with better-priced existing homes even as they navigate higher costs for the materials and labor needed to build homes. Builders are working through this uncertainty by managing their pipelines, notably expanding the number of homes for sale that are not yet started (+84% compared to last year). However, as the number of completed homes for sale still lags behind last year (-45%), new homes continue to sell quickly once completed (in just 3.5 months).”

Supply issues linger in the home construction market, as the National Association of Home Builders (NAHB) reported that changes in prices for softwood lumber products that occurred between April 17, 2020 and July 8, 2021 have added $29,833 to the price of an average new single-family home.

"It seems that homebuyers are snubbing the highest-priced new homes and snapping up the lower-priced ones," said Holden Lewis, Home and Mortgage Specialist at NerdWallet. "That leaves a growing inventory of expensive homes, which are taking longer to sell. In short, home buyers are weary of fast-rising home prices, whether the homes are new or used.”

Further exacerbating the issue, a lack of skilled workers remains an issue for home builders. A recent analysis by the NAHB of the U.S. Census Bureau’s 2019 American Community Survey found that roughly 22% (2.4 million) of construction workers were self-employed, down from a record high of more than 26% in 2010, the lowest rate on record. During the most recent housing downturn, construction self-employment increased from 24% in 2006 to an all-time high of more than 26% in 2010, according to the report.

“Today’s report also provides ample evidence of ongoing supply constraints continuing to hold back potential sales,” said Duncan. “The number of homes for sale but not yet started jumped 11.7% and, as a share of total homes for sale, hit the highest share on record at almost 30%. In contrast, homes for sale that are currently completed remained near the lowest level recorded since the start of the series in 1999.”