Home >> Daily Dose >> Another Piece of the Puzzle

Another Piece of the Puzzle 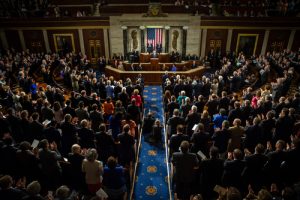 The U.S. Senate Committee on Banking, Housing, and Urban Development rolled out another confirmation hearing Thursday morning for two roles in the financial sector. Joseph Otting, former President and CEO of OneWest Bank—who’s tenure at the bank also coincided with Secretary of the Treasury Stephen Mnuchin—was nominated for Comptroller of the Currency; and the Honorable Randal Quarles was nominated to be a Member of the Board of Governors of the Federal Reserve System and Vice Chairman for the Supervision of the Board of Governors.

As was expected, both men fielded inquiries regarding the roll back of Dodd-Frank Act rules and the overall loosening of financial regulations. Such topics have been popular amongst the Senate Committee as of late.

Otting and Quarles received harsh questioning from Democrats, particularly from ranking member Sherrod Brown (D-Ohio), who didn’t hesitate to voice his concerns in his opening remarks.

“Mr. Otting’s bank made money by kicking seniors out of their homes, and then turned around and said the government made them do it,” he said. “[And] many of [Mr. Quarles’] statements leading up to the crisis lead me to wonder whether he was asleep at the switch or willfully turning a blind eye to Wall Street abuses.”

Both men defended their past positions just before the crisis. Otting referenced a “false narrative” surrounding the actions of OneWest, while Quarles spoke of hindsight and unnamed political obstacles that forced caution when determining whether or not to push for regulatory reform.

And while Otting and Quarles’ answers to the committee’s questions remained relatively ambiguous, citing need for further information or desire to sit down with the members and explore issues further due to the complicated nature of the subject, the two members agreed on numerous topics when pressed.

First, both men thought that the bankruptcy code should be reexamined to ensure that government-backed financial institutions weren’t bailed out by tax-payer dollars, as well as the fact that regulations should be simplified and more transparent with clearly defined rules. Quarles in particular voiced his opinion that the stress test should be relaxed and given to the banks prior to the exam. Neither of the nominees denied that regulations were necessary, however, only that they needed to be reexamined.

“As recognized by the Treasury report, regulatory policies enacted since the financial crisis have improved the safety and soundness of the financial system,” Quarles said. “But as with any complex undertaking, after the first wave of reform, and with the benefit of experience and reflection, some refinements will definitely be in order.”

The next step in the nomination process will be a vote, after the committee has been given time to ask the nominees additional questions. No vote has been scheduled as of Thursday afternoon.

Previous: TruAssets and Northsight Management to Merge
Next: Is the Customer Always Right?