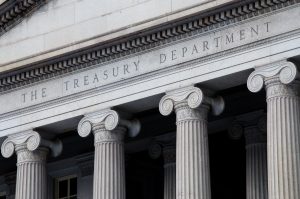 The U.S. Department of the Treasury has issued guidance geared toward increasing the ability of state, local, and tribal governments to use American Rescue Plan (ARP) funds to boost the supply of affordable housing in their communities.

This step by the Treasury Department follows a commitment in the Biden Administration’s Housing Supply Action Plan to leverage ARP funds for investments in affordable housing as part of a broader strategy to increase the nation’s housing supply and ease housing costs over time.

“Increasing the nation’s housing supply is essential to lowering shelter costs over the long-term,” said Deputy Secretary of the Treasury Wally Adeyemo. “Treasury continues to strongly encourage state and local governments to dedicate a portion of the historic funding available through President Biden’s American Rescue Plan toward building and rehabilitating affordable housing in their communities and the actions being announced today will make it even easier for them to do so.”

The Treasury Department encouraged governments to dedicate a portion of the $350 billion available to them under the State and Local Fiscal Recovery Funds (SLFRF) toward the development, repair, and operation of affordable housing units. Through March 31, 2022, more than 600 state and local governments have budgeted $12.9 billion in SLFRF funds to meet housing needs and lower housing-related costs, including $4.2 billion for affordable housing development and preservation.

Guidance released by the Treasury:

The Treasury Department’s updates were informed by consultations and partnership with housing advocates and members of Congress, including those who co-sponsored the LIFELINE Act, a bi-partisan, bi-cameral bill designed to provide additional flexibilities to the existing guidance that Treasury had issued to encourage use of SLFRF for affordable housing.

“The lack of affordable housing was a national crisis before the pandemic, and this crisis made even clearer that millions of Americans are only a missed paycheck away from not being able to pay their rent or mortgage,” said Sen. Ron Wyden, Chair of the Senate Finance Committee. “This country needs more affordable housing, not less. We need to ensure the creation of new affordable housing by ensuring the continuation of projects in the pipeline.”

The Treasury’s actions taken to foster affordable housing efforts include:

“With housing construction slowing amidst inflationary pressures, economic uncertainty, and higher interest rates, both public and private sector financing will be necessary to create the supply of affordable rental housing that is needed to help ease costs for families, especially minorities and those with low and moderate incomes,” said Mortgage Bankers Association (MBA) President and CEO Bob Broeksmit, CMB. "We will examine Treasury’s guidance in greater detail and look forward to our ongoing work with the Administration, Congress, and industry stakeholders on safe and responsible policies that increase single-family and multifamily housing for homebuyers and renters.”