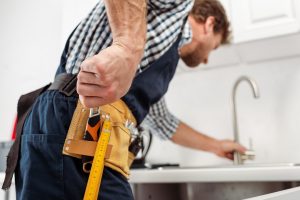 A recent study conducted by the Joint Center for Housing Studies of Harvard University’s Remodeling Futures Program found lower-income homeowners rely on the assistance of municipal home repair programs for critical repairs. These include repairs that are emergency, structural, plumbing, electrical, mechanical, and replacement needs.

The Center reported that most of the largest cities in the U.S. offer grants or loans to lower-income homeowners who may be unable to make these repairs.

An additional report found that a large share of homeowners, many of which are lower-income, make fewer home repairs compared to higher-income owners. The analysis found that 30% of lower-income homeowners--those who make less than $32,000 annually and represent 48 million households--spent nothing on home maintenance in 2019.

The Center received data on 113 programs in the 100 largest U.S. cities during fall 2021 and winter 2022, and found half of the cities surveyed had home repair loan programs, and nearly a third had grant programs.

While 62 programs reported sources of program funding, two-thirds rely on federal funding as their primary source, with 21% of programs receiving a portion of funding from local sources, and 6% funded by private or state entities.

Thirty-six percent of the 25 programs reporting a budget have an annual budget of less than $500,000. These cities include Buffalo, New York; North Las Vegas; and Richmond, Virginia.

Twenty-four percent have a budget between $500,000 and $1 million, including Kansas City, Missouri; St. Paul, Minnesota; and Virginia Beach, Virginia. Dallas; Los Angeles; and San Jose, California are among the 40% of cities have a program with budgets of more than $1 million.