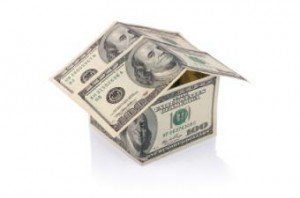 Becoming a house-flipping expert takes more than just binge watching episodes of HGTV’s “Flip or Flop.” The glamor of television makes flipping houses look like a fun project guaranteed to fill pockets. However, that’s not always the case.

According to the report, it is important to note that before deciding to buy into a project, careful research needs to be done. But, in the rush to make a profit, far too many real estate investors overlook the data and end up failing.

To help investors avoid future flops, WalletHub’s analysts compared the 150 most populated cities across three key dimensions; market potential, renovation and remodeling costs, and quality of life. Those dimensions are evaluated using 22 metrics, with each metric graded on a 100-point scale. The higher the score, the more favorable the market is for house flipping.

So which cities aspiring home flippers should consider, and which should they avoid?

Located at the far western corner of Texas is the city of El Paso, and with a total score of 69.60, it ranks as the best place to consider house flipping. Earning the second best location is the city of Sioux Falls, South Dakota.

With some of the lowest average remodeling costs, Fort Wayne, Indiana, and Peoria, Arizona follows as third and fourth, respectively. As a location with one of the most real-estate agents per capita, Oklahoma City, Oklahoma completes the top five.

The western and northeastern coasts are home to the bottom five markets for house flipping. Oakland, California, total score of 31.92, ranked the worst and had one of the highest median home purchasing prices.

Find out where your city ranked by clicking here.

Previous: Housing: 6 Months in Under 60 Seconds
Next: Predicting the Housing Industry