NMSA Calls for Clarification of the Definition of Robocalls 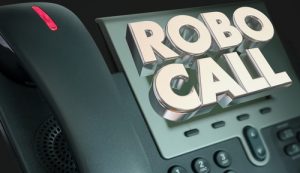 The National Mortgage Servicing Association (NMSA) issued commentary on Monday to the Federal Communications Commission (FCC) on a Notice of Proposed Rule Making and Notice of Inquiry in regard to preventing illegal Robocalls.

In its official statement, the NMSA applauds the FCC’s desire to prevent Robocalls made by servicers, but urges the commission to go one step further by clarifying the definition. Currently, the FCC defines Robocalls by referring to a previously proposed description set forward by the “Robocall Strike Force,” which was established at the request of former Chairman Wheeler in 2016:

“…an ‘illegal robocall’ is one that violates the requirements of the Telephone Consumer Protection Act of 1991, the related FCC regulations implementing the Act, or the Telemarketing Sales Rule, as well as any call made for the purpose of defrauding the customer, as prohibited under a variety of federal and state laws and regulations…”

It is the position of the NMSA that ambiguity in the language and lack of defining terminology leaves open the possibility of inconsistency. The organization further urges the FCC to adopt language that clearly defines a Robocall as:

“Any telephone call to a telephone number using and artificial voice or prerecorded message where a live person is not on the line and available to communicate with the intended recipient of the call at the time of connection to the telephone number called.”

Currently, mortgage servicers are not considered exempt from the laws outlined in The Telephone Consumer Protection Act (TCPA), despite efforts to petition the FCC otherwise back in June of 2016. The FCC ruled that the importance of dissemination of information about delinquencies to consumers did not warrant setting aside privacy concerns. Further, because consumers could revoke consent so easily, mortgage servicers could be at risk for hefty fines for each call. A standard definition of a Robocall would be in the interest of both the industry and the consumer.

“We applaud the FCC’s active engagement in protecting consumers,” said Ed Delgado, President and CEO of the Five Star Institute. “It is this shared interest that drives NMSA to continue to work towards shaping the American housing industry for the benefit of homeowners, and while there is more work to be done, this continued dialogue between concerned members of the industry and regulatory institutions is a step in the right direction.”

Previous: Prices Continue Their Climb
Next: Housing: 6 Months in Under 60 Seconds