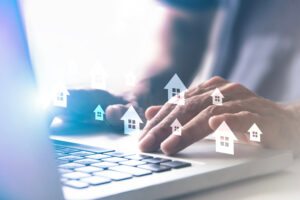 A half-point drop in mortgage rates is luring some homebuyers back to the market, according to a new report from Redfin as the Homebuyer Demand Index—a measure of requests for home tours and other home-buying services from Redfin agents—has increased 15 points since the week of June 19, reversing a 10-week trend of decreasing demand that began in mid-April. Searches of homes for sale on Google have also risen 11% since late May, and touring levels have been relatively stable over the past two weeks.

"The housing market seems to be settling into an equilibrium now that demand has leveled off," said Redfin Chief Economist Daryl Fairweather. “We may still be in for some surprises when it comes to inflation and rate hikes from the Fed, but for now an ease in mortgage rates has brought some relief to buyers who were reeling from last month’s rate spike. Although the number of sales is down considerably from last year, first time-homebuyers with not a lot of cash are welcoming the decline in competition, and anyone who intends to stay in their home for many years doesn’t need to worry about these short-term fluctuations in home prices." 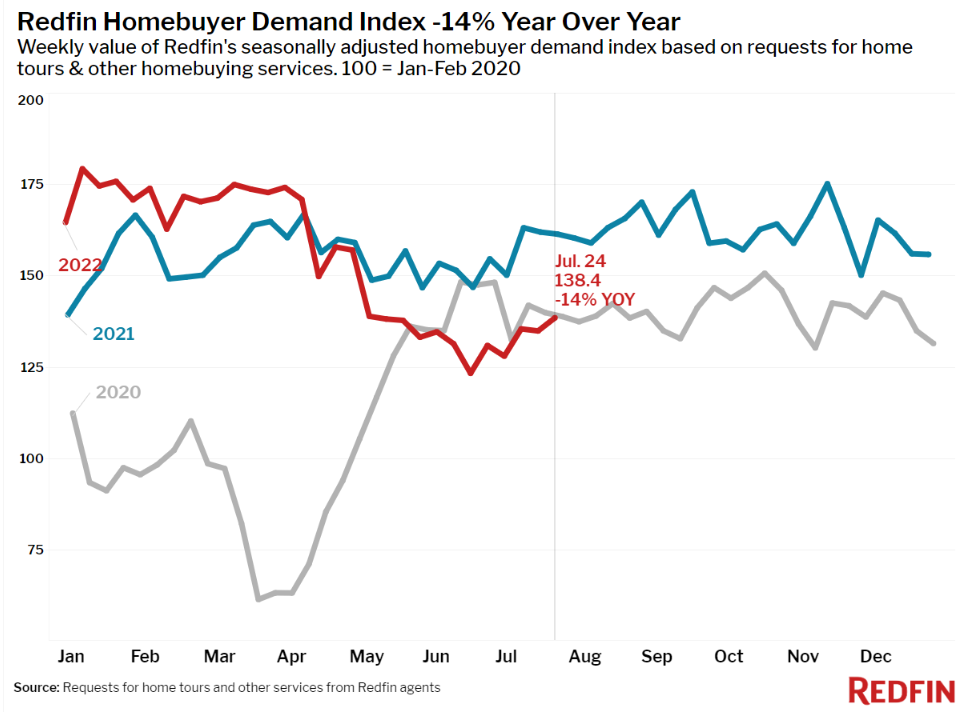 However, Redfin reports the uptick in early demand has not carried through to home-purchase contracts or sales, as pending home sales are down, with fewer homes being listed, and inventory is piling up with homes taking longer to sell. Home-sale prices continue to decline, with the year-over-year growth rate falling to 9%, its lowest level since August 2020.

“Whether we label the current economy a recession doesn’t matter much except for sentiment. The under-the-hood stats—on consumption, real income and inflation—significantly worsened last quarter,” said Redfin Deputy Chief Economist Taylor Marr. “Weaker economic growth and poor consumer sentiment are weighing on both homebuyers and sellers. The upside is that mortgage rates fall when the potential for economic growth is weak. This could help bring more rate-sensitive homebuyers off the fence to move forward with a purchase.”