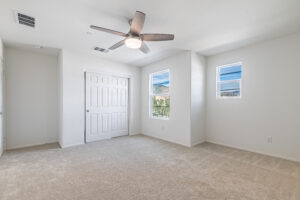 Data from the Census Bureau’s Current Population Survey (CPS) revealed housing consolidation as an outcome of the pandemic, as 2.5 million households disappeared in early 2020.

The national total fell from 130.3 million to 127.6 million during this time as younger adults decide to give up their independent living arrangements and move in with family.

This consolidation, however, was short-lived as the 2.5 million households lost in 2020 re-formed by the end of the year. An additional two million formed throughout 2021.

Recent housing trends of the past few years have made housing unpredictable and less affordable. When 2.5 million households evaporated in 2020, 2.5 million fewer homes were in demand. However, when four million households suddenly reappeared, some markets went from over-supplied to under-supplied in a matter of months. Ultimately, dramatic shifts in household volume led to equally dramatic shifts in home prices.

Housing has come back slightly as home prices have skyrocketed. According to a recent ATTOM report, median-priced single-family home and condo sales across the U.S. in Q2 2022 hit another new record of 55.5%, following the largest quarterly gain in a decade.

As of June 2022, the U.S. reportedly contained 131.8 million unique households, down slightly from an all-time high just seven months earlier.

The Census Bureau’s report found that single-person households have the greatest impact on overall household growth. Those who live alone have greater flexibility, and are highly mobile by nature, and as soon as they move in with others, a net household is lost.

There are currently nearly 38 million people living alone across the country, representing 29% of all households.

Previous: Number of Renters in Live-Work-Play Units Quadruples Over Past Decade
Next: Cap Rates Expected to Rise as Asset Growth Slows